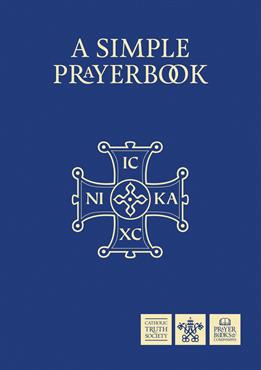 Prisoners in the United Kingdom now have their own special edition of Catholic Truth Society’s biggest selling and longest standing title, A Simple Prayer Book.

As well as being a compilation of classic Catholic prayers, the standard edition of A Simple Prayer Book also includes explanations of some aspects of Catholic teaching and the Order of Mass in its new English translation.

The special edition of the book is called A Simple Prayer Book for Prisoners. It has been especially adapted for prisoners and those in Young Offender Institutions, and has been distributed for free to chaplains around the United Kingdom thanks to a donation.

It was launched at the annual conference of the UK Prison Chaplaincy by Bishop Richard Moth of Arundel and Brighton, who is responsible for liaising between the English and Welsh bishops and HM Prison Service.

Founded in 1868, with a mission to communicate the truths of our faith, the Catholic Truth Society is one of the oldest Catholic organisations operating today. It publishes a comprehensive list of publications relating to the faith for young and old – from Church documents to biographies and explorations of faith and spirituality – but its biggest seller has nearly always been A Simple Prayer Book.

Supporting prisoners has always been a key part of the Catholic Truth Society’s mission to evangelise, with the society being frequently asked by prisoners for materials that will help them to learn how to pray or discover more about their faith.

“When someone asks the question ‘How do I pray?’ there is neither a quick nor a simple answer,” said Fr Douthwaite. “The prison chaplain is often asked this question in the most extreme of situations, at times of crisis, and when the prisoner is looking for spiritual strength and guidance.

“This edition of A Simple Prayer Book for Prisoners gives the prison chaplain a collection of accessible prayers that can enable and guide those who seek to embark upon or deepen their relationship with God. It is a resource we have been hoping for for some time.”

The new version of the prayer book is only available to prisoners, but if you would like to get your hands on an original version of A Simple Prayer Book, priced at £3.50 plus postage, you can do so by visiting Catholic Truth Society online.

You can also become a regular supporter of CTS, to help the society distribute free material to thousands who are seeking faith, either via prisons or through university chaplaincies.