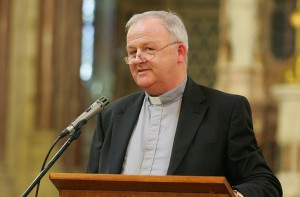 The chairman of the Council for Education of the Irish Catholic Bishops’ Conference has suggested that Catholic schools are unfairly criticised over their admissions policies.

Highlighting that the vast majority of Catholic primary schools are not oversubscribed, Bishop Kelly said this means that they accept all students whose parents apply for admission.

In a small minority of schools there are more applicants than there are places available. These schools, the Bishop underlined, publish an enrolment policy which must list the criteria used in determining school places.

“These criteria usually include having siblings in the school or belonging to a specific geographic area,” he stated.

Some schools also use the criterion of belonging to a particular faith community, such as the Catholic Church.

However, the Bishop said, “In general, baptism is not a requirement for entry to a Catholic school, but rather it is a criterion used when there are more applicants than places available.”

He underlined that the number of such schools in the archdiocese of Dublin is very small, involving 17 bottlenecks when it comes to school admissions.

“This equals 5 per cent of schools in the greater Dublin area. The obvious solution would be to provide more school places in these areas,” he challenged.

Elsewhere in his article, the Bishop of Achonry said the highest number of births in Ireland since independence was in the period 2008-2011, and this has caused significant pressure on school entry numbers in recent years.

“On the whole, schools have demonstrated a capacity to adapt to this increased demand.”

He also noted that the number of births has been falling year on year since 2011, which will decrease the future pressure on admissions to schools. The number of children born in 2014 was 11 percent less than in 2009.

To those suggesting changes to admissions policies should prioritise geographic proximity as the main criterion in determining school entry, the Bishop said the evidence from England demonstrates that such an approach has many problems and challenges.

“When it comes to admissions to the small number of primary schools that are oversubscribed, the international experience demonstrates that there are no easy solutions.”