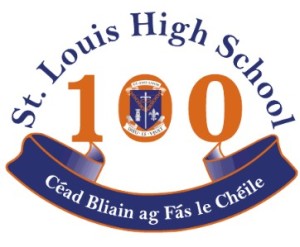 Catholic schools can never be exclusivist or narrow Archbishop Diarmuid Martin of Dublin has said.

In his homily at a Mass to celebrate the centenary of the founding of St Louis High School in Rathmines in Dublin, the Archbishop said Catholic education must seek to foster a generation of people who have the simplicity, thoughtfulness and tenderness to be authors of a humanity that is not indifferent but caring.

Education is not an end in itself aimed just at exam results or even educational excellence, he warned and added, “It is about fostering young adults who are not shy to recognise the place of idealism in life and are prepared to place talent and excellence at the service of a world.”

At the Mass in Our Lady of Refuge parish in Rathmines, the leader of the Church in Dublin said the staff, Sisters of St Louis, and students were there to celebrate the centenary of their school opening its doors in September 1913.

“We come to give thanks to God for the work that has been achieved in one hundred years through the Christian education of generations of pupils. We recall with thanks the great contribution which those pupils brought to the good of our city and country.”

Referring to Pope Francis’ use of the term “globalisation of indifference”, Archbishop Martin said the task of Catholic education is to “educate young people to something different to indifference, to the opposite of indifference, which means reaching out beyond our own interests and personal fulfilment, to being a person genuinely moved and concerned about the situation of the world we live in and willing to change it for the better.”

Commending the school’s ethos and achievements, the Archbishop said, “Yours is a school, which has been marked throughout its history by good relationships among the entire school community. It should generate young adults who can enter life with that sense of cheerful solidarity and hope which are so important in today’s complex and challenging world. We should never be afraid to set our ambitions high. We should always maintain an attitude of hopefulness.”

Referring to the historical context in which the school opened, he said 1913 was a remarkable year. “The tensions which one year later would lead to the Great War of 1914 were already tangible. It was a year of political turmoil in so many parts of the world, marked by assassinations and internal conflicts in the Balkans, China, Mexico and the Far East.”

He also noted that it was a year marked in the US and Britain by the Suffragette Movement, which demanded the right of women to vote.

In Dublin, 1913 was marked by the Lockout. The city was marked by dire poverty but Dublin was developing a new social awareness and sense of Irish identity he said.

At the time of the school’s foundation, Rathmines was not part of Dublin city, but had a separate civil administration with its own Town Council, which up until 1920 had a Unionist majority.

“This is a school which rapidly gained a very high reputation thanks to the enlightened commitment and generosity of the Sisters of Saint Louis,” the Archbishop said in a tribute to the Order which is highly regarded for its contribution to educational excellence.

He added, “It was very often the knowledge and experience of the Sisters which served to open the minds the young people to the broader world and thus to mature integration of the local into the challenges of the different world of tomorrow.”

Describing St Louis as “a Catholic school” he said being Catholic will always mean being open to the world and to having a different understanding of the world.

“Our Catholic faith instils in us the understanding that when God created human beings he created us as a family. Catholic schools in that sense can never be exclusivist or narrow.”

Pray that the presence of Christ in the school and society would lead future pupils along the ways of hope and fulfilment and a sense of responsibility and care for others, he underlined that the Catholic ethos of a school is not something that can be summed up in a mission statement, framed over the main entrance.

“It is something living, which is shaped by the lives of succeeding generations of teachers and students alike. At the end of this Mass we receive the true mission statement of the Catholic school:  Go, forth and glorify God by the way you live.”