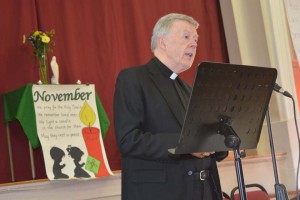 In his address to teachers, catechists, students, priests and diocesan staff, Dr Neary underlined that in an increasingly pluralist society, where there are more and more people of different faiths, “we have to be clear about the difference between Catholic schools and other schools”.

He added that Catholic schools have to be clear about their own identity, what their schools are about and why they are important.

“We have Catholic schools because parents want them. It is parents who must insist that the religious ethos of our schools is respected and not abandoned.”

However, he also warned that it is appropriate that non-faith schools be provided for those who do not want faith education for their children.

The Archbishop acknowledged that in the past “schools may have been places of fear and anxiety”, but he added that today Catholic schools are places of welcome, development and formation “where the ideals of Catholic education and the Christian ethos are being implemented.”

In all of this, the Principal, teachers and Boards of Management are “hugely instrumental”.

He said the launch of the new primary school religious education text ‘Grow in Love’ as well as ‘The Catholic Pre-School and Primary Religious Education Curriculum for Ireland’ was an “historic occasion” and he paid tribute to the work of all involved in producing the two courses. 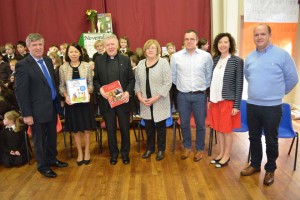 The new curriculum provides a structured outline of what religious education in Catholic schools contributes to the Catholic education and formation of young people at pre-school and primary level, he explained.

Elsewhere in his address Archbishop Neary stated, “As a Church we are indebted to our primary teachers for the way in which they so diligently and conscientiously educate children in the faith.”

But he also said the Church has always acknowledged that the first educators in the faith of any child must be the parents.

“We realise the importance of good foundation if any significant development is to take place later. This is very true with regard to education and particularly with regard to religious education.”

“Through this programme children will be introduced to a religious literacy that will enable them to express their understanding of the faith in prayer and knowledge.”

“Now we have an opportunity whereby school, home and parish community will co-operate in introducing children to Jesus Christ and impressing on them a sense of their own dignity and the fact that they are loved by God and because of that they are expected to respond to each other in an appropriate manner,” he said.