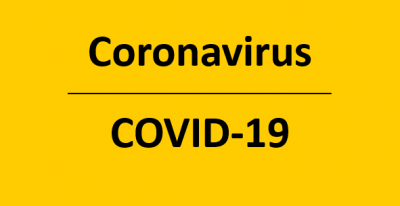 down all schools and colleges to slow down the spread of Covid-19, but the Democratic Unionist Party (DUP) is following the British government’s controversial policy of allowing normal social gatherings to take place.

In a letter to Northern Ireland’s education minister, DUP politician Peter Weir, the Archbishop wrote that this week’s bank holiday provided a window of opportunity to prevent the spread of the disease, which is of no major consequence to most young people, but which can be deadly for the elderly and those who have an existing health condition.

“The schools’ break for the Saint Patrick’s weekend provides a clear window of opportunity for parents to make plans for childminding and for schools to consider contingency plans for ongoing tuition and contact with their pupils,” said the archbishop. “I feel it is important to give very strong consideration to the closure of all schools in the very near future and on a specific defined date. We need to fight this virus together.”

Already, the Catholic hierarchy has adopted an all-island approach to the pandemic. On the day Taoiseach Leo Varadkar announced that all schools and colleges in the Republic were to close, the bishops issued a statement saying: “In the current emergency situation, all are dispensed from the obligation to physically attend Sunday Mass. “

However, in the UK, there has been reluctance by the Prime Minister, Boris Johnson, to take, what he called, “draconian measures”. He is of the view that, if bans on social gatherings are introduced too soon, the public may tire of avoiding social contact just as the spread of the disease reaches a critical point.

Mr Johnson also said there was an argument for a “take it on the chin” approach, where authorities “allowed the disease to move through the population, without taking as many draconian measures”.

The UK government’s view is that eventually “herd immunity” to Covid-19 will be created, substantially reducing its future spread.

While this view has been criticised by the World Health Organisation, Northern Irish Education Minister Mr Weir said he had to follow the advice of the UK’s Scientific Advisory Group in Emergencies (SAGE), which is that “now is not the right time to close schools in Northern Ireland”.

Mr Weir said he appreciated the archbishop’s “since good intentions”.

The controversy has put Northern Ireland’s first minister, Arlene Foster of the DUP, and deputy first minister, Michelle O’Neill of Sinn Féin, at odds with each other again. O’Neill has called for school closures to stop the spread of the coronavirus, but Foster has insisted that the time is not yet right for such a move. Ms Foster has said that the advice she has received is that the Covid-19 outbreak will be at its peak in 14 to 16 weeks time.

It will be interesting to see on Wednesday, when schools in Northern Ireland are due to reopen after St Patrick’s Day, how many parents in Northern Ireland will choose to keep their children at home and whether the absentee rate will be greater in Catholic-maintained schools than in non-denominational schools overseen by the Education Authority.