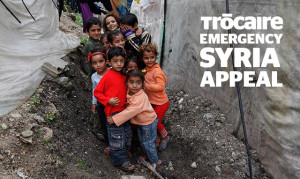 Catholic primary schools would be delighted to welcome and educate refugee children from Syria and other conflict areas when they arrive in Ireland.

The General Secretary of the Catholic Primary Schools Management Association said in a statement on Tuesday that the majority of schools have space to enrol children, and would be happy to do so.

Fr Tom Deenihan highlighted that “Catholic parish schools have been to the fore in helping to integrate migrants into our local communities. Children of various creeds and nationality comprise the multi-national enrolment profile of Catholic schools throughout the country.”

In his statement on Tuesday he said, “All our pupils receive a quality education and in turn enrich the day-to-day life of our schools.”

According to Fr Deenihan, the recent call by Pope Francis for parishes to offer a welcome to people who have suffered was also a call to Catholic parish schools to offer support.

“As an integral part of local parish life in Ireland, Catholic schools would not be found wanting at this critical time for refugees,” he said.

The Catholic Primary Schools Management Association is a recognised school management association and represents all the boards of management of the over 2,900 Catholic primary schools in the Republic of Ireland.

The statement came as the European Union approved a plan to share out 120,000 refugees across its 28 states, overriding opposition from four eastern European countries.

The UN refugee agency, the UNHCR, said the EU decision was an “important first step in a united European response to managing the refugee crisis” but indicated that the EU plan needs to go further.