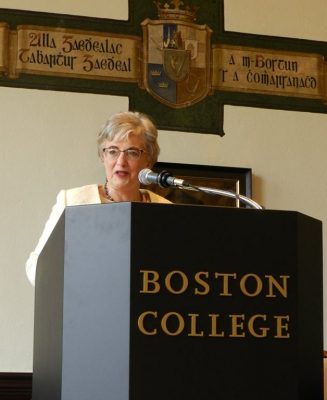 The board of Catholic adoption agency Cúnamh, formerly the Catholic Protection and Rescue Society of Ireland (CPRSI), ceased operations on 20 December 2019 after 106 years of service. The closure is due to the proposed Adoption (Information and Tracing) Bill, 2016, which Cúnamh says they have been closely monitoring. “Despite making repeated representations to the Minister for Children and Youth Affairs and to other legislators, we have not been successful in effecting any change to allow this organisation to continue providing services once the legislation is enacted,” says Cúnamh.

“It is with considerable regret,” the agency’s statement continues, “that Cúnamh has made this decision and is doing so in view of the intention of the proposed legislative changes to vest all future legal rights and responsibilities for information and trace services solely in State Agencies.”

According to The Irish Times, 10,500 files held by Cúnamh have been transferred to the Adoption Authority of Ireland. The organisation facilitated 5,700 adoptions since the introduction of legal adoption to Ireland in 1953. Cúnamh’s services also included pregnancy counselling, foster care and adoption service, with recent work including a post-adoption service and an information and tracing service, resulting in 1,700 reunions between adopted persons and their birth relatives.

It is the Adoption Authority’s intention to provide a service to anyone whose information was previously held by Cúnamh once relevant procedures are in place. The Authority hopes to be in a position to contact persons whose cases are open and those on the waiting list in early 2020 and new enquiries can be made directly to the Adoption Authority.