The Cistercian sisters at St Mary’s Abbey in Glencairn, Co Waterford, have been turned down for a grant for a green energy education project because they are a religious organisation.

Sr Lilly, who manages the farm which grows the green energy crop [...]

To pray the Our Father we have to have a heart at peace with our brothers. We don’t pray “my Father,” but “our Father,” because “we are not an only child, none of us are”. This was the focus of Pope Francis’ homily at Mass Thursday morning in Casa Santa [...]

Pope Francis on Thursday met with the “Reunion of Aid Agencies for the Oriental Churches” – ROACO – today at the conclusion of the group’s 86th Plenary Assembly.

The ROACO is a committee which unites funding agencies from various countries around the world for the sake of providing assistance in different [...]

More than 80 per cent of voters would prefer to see the abortion issue resolved by referendum than by the politicians in Leinster House, and 70 per cent believe that if legislators are to decide the issue they should be allowed a free vote.

In the first decree of a liturgical nature of this pontificate, Pope Francis has decided that St Joseph should be added to the Eucharistic Prayers II, II and IV, as they appear in the third typical edition of the Roman Missal, after the name of the Blessed Virgin Mary. 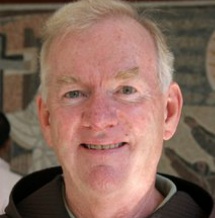 A new website dedicated to Blessed Chiara Luce Badano offers news and reflections to the many people she inspires.

The words life, love, light have been connected to the name of Chiara Luce Badano since the day of her beatification, and these words are now continued on this website officially dedicated [...]

A press conference was held his morning in the Holy See Press Office to present the initiative “Children’s Train: A Journey through Beauty”. Participating in the presentation were Cardinal Gianfranco Ravasi, president of the Pontifical Council for Culture, and Mr. Mauro Moretti, delegate administrator of the Italian Railway [...]

Pope Francis received the participants in the pastoral convention of the Rome diocese on Monday evening, at the opening of the event. In recent years, the annual meeting between the bishop of Rome and the leaders of pastoral, catechetical and outreach initiatives in the city has taken place in the [...]

WASHINGTON—The Communications Department of the U.S. Conference of Catholic Bishops (USCCB) and the Greek Orthodox Archdiocese of America (GOA) have launched www.faithandsafety.org, a resource for adults to help children safely navigate online.

US President Obama has urged young people to constantly  remind people about peace in Northern Ireland. The American President visited  Belfast before attending the G8 summit in Co Fermanagh, and told the many schoolchildren among the audience of 2,000 in Waterfront Hall:

“There are still wounds that have not been healed [...]

Pope Francis: Jesus is the secret of a Christian’s benevolence

For a Christian, Jesus is “all”, and this is the source of his or her benevolence.

Pope Francis to G8: Money, politics and economics must serve, not rule

Money, politics and economics must serve, not rule. They must serve people and promote an ethics of truth. This was the thread running through Pope Francis Letter to the British Prime Minister on the eve of the G8 Summit.

The Holy Father’s Letter was in response to one sent by David [...]

“Let us say ‘Yes’ to life and not death.” These were the words of Pope Francis during his homily on Sunday morning for Evangelium Vitae Day, a day celebrating the Gospel of Life.

An estimated 200,000 people were in Saint Peter’s Square for Holy Mass and the Angelus that followed with [...]

“Since accepting to be come here to Newcastle for this celebration of the two hundredth anniversary of this Church of Saint Finian, I have been trying to imagine something [...]

Pope Francis: The Christian life proclaims the road to reconcilation with God

Christian life is not a spa therapy “to be at peace until Heaven,” but it calls us to go out into the world to proclaim that Jesus “became the sinner” to reconcile men with the Father. These were Pope Francis’ words during his homily at Mass Saturday at the Casa [...]

The Government is proposing to introduce legislation for the first time in Irish history which will provide for the direct and intentional ending of the life of innocent human beings.  Few other actions of a Government undermine our values as a people more profoundly. It is [...]

Suicide is one of the most challenging contemporary problems in Ireland. It is a major concern for families and communities throughout the country. It is claiming an average of 500 lives per year in the Republic and 300 in Northern Ireland. A cross border report published last January found that [...]

At the end of his first visit to the Vatican, the Archbishop of Canterbury, Justin Welby, said he and Pope Francis shared ideas on economic justice, on the plight of Christians in the Middle East, but also on their deeply personal experiences of God’s calling in their daily lives.

May the Lord grant us the grace to watch our tongues and be careful of what we say of others, because through our weakness and sin, we often find it easier to insult and denigrate than say or do good.

This was the lesson at the heart of Pope Francis’ homily [...]

This morning the Pope received members of the 13th Ordinary Council of the General Secretariat of the Synod of Bishops, gathered in Rome to help the pontiff choose the theme of the next Ordinary General Assembly.

The 13th assembly of the synod took place last October in the Vatican [...]

Pope Francis on Wednesday addressed the crowds of pilgrims gathered in St. Peter’s Square for the weekly General Audience.

Please find below Vatican Radio’s full translation of his address.

Today I would like to touch briefly on another of the terms with which the Second Vatican Council [...]

At the conclusion of the Summer 2013 General Meeting of the Irish Catholic Bishops’ Conference in Maynooth, bishops have published the following statement addressing issues discussed during their three-day meeting:

A time to uphold the right to life Year of Faith: World Day Celebrating Evangelium Vitae (The Gospel of Life) Towards Healing [...]
2013.06.13.

Do not settle for a comfort zone and a routine, Bishop-Elect Denis Nulty told priests at jubilee celebrations in St Patrick’s College, Maynooth on 10 – 11th June 2013.

“The dominant theme in the still very young pontificate of Pope Francis is  ‘the periphery’, ‘the frontiers’ and ‘the outskirts’. In that [...]