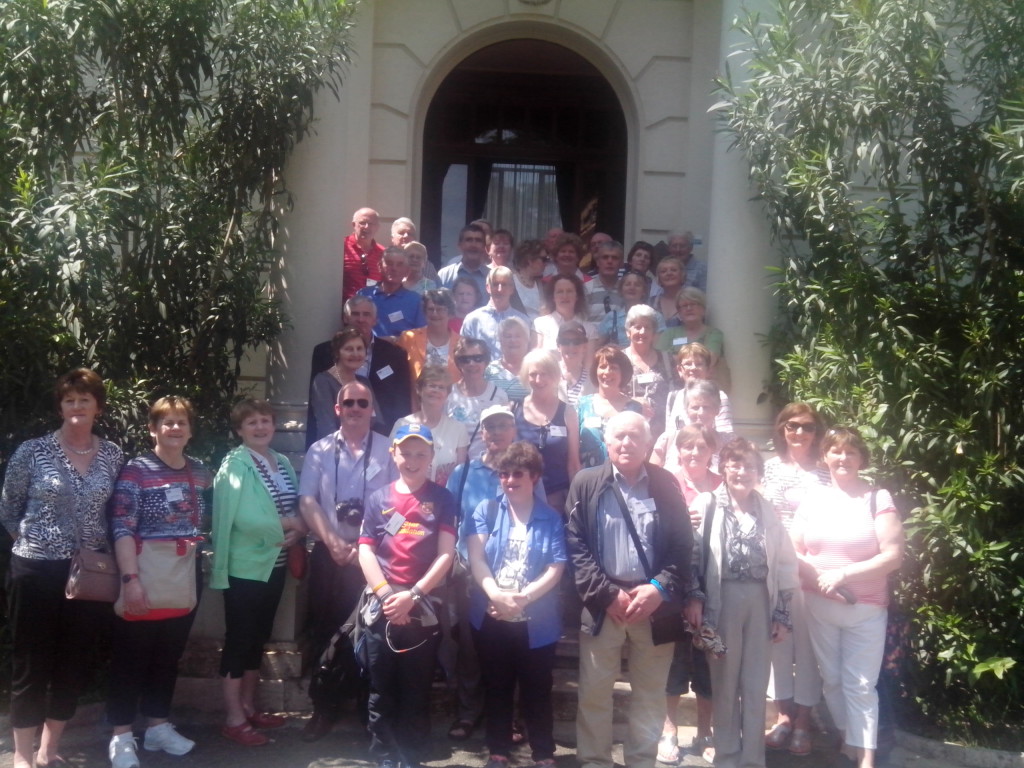 Pilgrims from the Diocese of Killaloe who attended the canonisations in Rome.

The Primate of All Ireland, Cardinal Sean Brady, was the chief celebrant at a Mass on Monday in Rome to celebrate the canonisations of the Church’s two newest saints.

In the Basilica of Santa Maria in Domnica, which is close to the Irish College in Rome, the Cardinal concelebrated with Bishop Kieran O’Reilly of Killaloe, Mgr Ciaran O’Carroll, Rector of the Pontifical Irish College, and Fr Thomas Norris, Fr Hugh Clifford and Fr George Hayes of the Irish College staff as well as a number of Irish priests travelling with pilgrimage groups.

In his homily, the Cardinal said, “Today we thank God for having the privilege of living in a century that has produced three popes who are now canonised Saints.”

He added, “Where they have gone, we all hope to follow.”

Through their long lives, St John XXIII and St John Paul II were attentive and obedient to the inspiration of the Holy Spirit as they strove to see more clearly the call of the Kingdom of God at work in their own lives and the demands and challenges involved in following Christ, the Cardinal told Irish pilgrims who attended the Mass in Rome.

Referring to the Gospel for Monday, Cardinal Brady recalled that St Peter came to Rome and St John went to Patmos.

“Of course Peter paid the supreme price with his own life precisely where hundreds of thousands gathered yesterday at St Peter’s here in Rome.”

“Here we are today – gathered almost two thousand years later – on another of Rome’s famous hills; the Coelian. We come to pay tribute to how the Good News of the Kingdom has spread and continues to spread.”

“Here we are within yards of the Colosseum which was the scene of the horrific deaths of so many martyrs. We are surrounded by the churches built in honour of the Apostles and Martyrs. The Church of Saint Stephen – the first martyr is just across the road, burial place of the son of King Brian Boru, whose thousandth anniversary was celebrated yesterday in Armagh the place of his burial.”

“It is worthy of note that the while the great monuments built by the persecutors like the Emperors Nero and Diocletian lie in ruins, the temples built in honour of their victims continue to be centres of prayer, charity and solidarity promoting a civilisation of love.”

Speaking about the two new saints, the Primate of All Ireland said, “Both new saints were excellent communicators, chiefly because they had something precious to communicate. It was the fruit of another journey – the journey inward – to the realms of self-awareness and self-knowledge; to discover there the Presence of God and to enter into union those prayers with Jesus Christ.”

“Fortified by the fruits of that journey, and emboldened by the courage of the Holy Spirit, they became outstanding pilgrims for Christ.”

“All of us who have had the privilege of these days in Rome are called to go and do likewise in our own time and place. We do so under the protection and patronage of our Lady to whom both Saints were intensely devoted. 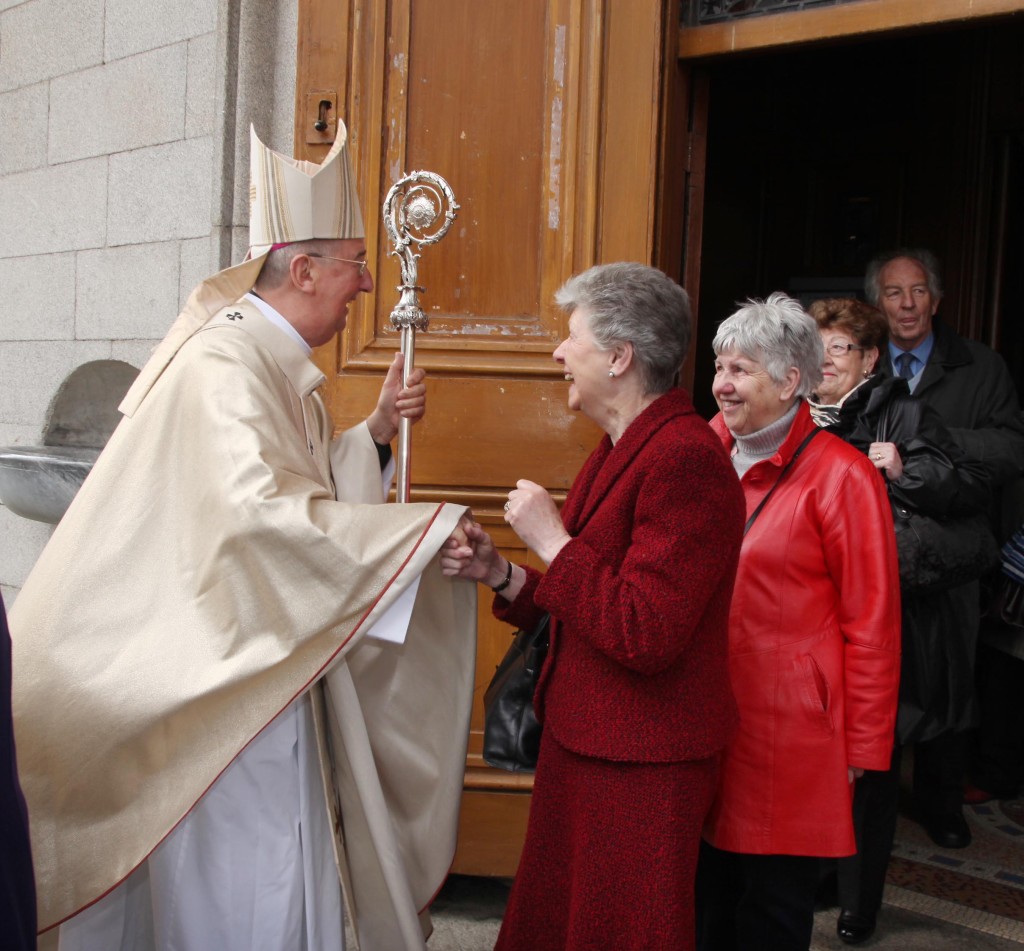 Mass at he Pro Cathedral in Dublin on Sunday to celebrate the canonisations of the two popes. Photo: John McElroy.

Speaking in Dublin on Sunday, Archbishop Diarmuid Martin described St John Paul II as someone who was always “full of surprises” always grateful for any help you gave and “quite funny”.

The former Vatican diplomat worked closely with the Catholic church’s new saint and met him privately on many occasions.

The Polish pontiff revealed to the Archbishop on one occasion that Clonmacnois was the place in Ireland which had touched him most deeply on his visit here in 1979.

Speaking to CatholicIreland.net, Archbishop Martin recalled that John Paul II had described the ancient monastic settlement as “a wonderful place” and seemed pleased that there were so few people there for his visit as it had lent it “a sense of serenity.”

The future saint conveyed his thoughts on his visit to Ireland to the future leader of the church in Dublin during a conversation they had privately in which the pope surprisingly questioned the worth of all his international travels.

Archbishop Martin was recalling some of his personal memories of the Saint ahead of a special Mass in the Pro Cathedral in Dublin on Sunday to celebrate the canonisation of both John XXIII and John Paul II.

Meanwhile, Bishop Donal Murray, the retired Bishop of Limerick, will speak on the canonisation of St John Paul II and St John XXIII on Wednesday (30 April) in Dublin.

In his talk he will explore the significance of the canonisation in light of the papacy of Pope Francis.

Veritas, which is hosting the event, will also show a slideshow of photos of the visit of Pope John Paul II to Ireland in 1979.

These photographs were only recently discovered in the Veritas archive and have not previously been published.

The talk will take place at 6pm on Wednesday in Wynn’s Hotel, Lower Abbey Street, Dublin 1.