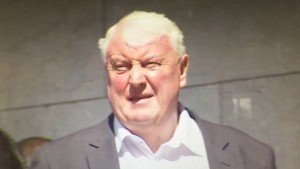 The diocese of Cork and Ross is to initiate canonical proceedings against a priest who was jailed at Cork Circuit Criminal Court on Thursday on a charge of coercion with intent to harm others.

In a statement, Bishop John Buckley of Cork and Ross said it was “deeply regrettable that such an offence could have been committed by anyone, and particularly by a priest”.

He extended his sympathies to those whose lives were endangered or who may have been harmed in any way by these events.

Bishop Buckley said the diocese had cooperated fully with An Garda Síochána in the investigation of Fr Kelleher.

“Now that the criminal proceedings have concluded, the diocese will initiate canonical proceedings against the priest in question,” the bishop said.

59-year-old Fr Kelleher, a former hospital chaplain, paid €4,000 to three men to threaten his nephew Niall Kelleher to try to force him to drop a civil action against him.

The three, who said they were members of the Continuity IRA, threatened the married father of three, saying if he did not drop the action he would be killed.

Over six months, he continued to receive threatening telephone calls warning him to withdraw a statement.

The court was told that after Niall Kelleher sent a letter to his uncle, who was a chaplain at a Cork hospital at the time, the priest related his difficulties to a man who used to make hospital visits with a relic of Padre Pio.

This man told Fr Kelleher that he had links with the IRA. “I can sort that out for you,” he told the priest.

Judge Sean O’Donnabhain sentenced the Fr Kelleher, who has been suspended from the priesthood, to four years in prison.