Home > News > Call for support for migrants at Knock novena

Call for support for migrants at Knock novena 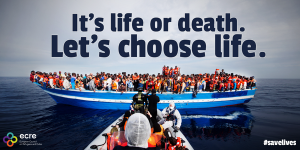 “We must believe in the equality of people and ignore the siren calls for a sense of nationalism in a way that is damaging to everything we believe in,” said Peter Sutherland, the UN special representative for international migration.

He was speaking about the situation of migrants as part of the National Novena to Our Lady of Knock on Monday (17 August).

“We cannot allow the Mediterranean to become an enormous cemetery,” he stated, quoting from Pope Francis, and added, “We should take more, give more and be a constructive voice in the European debate.”

He added that the dignity and equality of every man and woman is at the core of Christianity and Catholicism and we have a responsibility to do more to assist in the crisis.

Peter Sutherland said that we must not reject those who are escaping from persecution, war or climatic disasters, and we have no right to reject them and have no right other than to be hospitable. 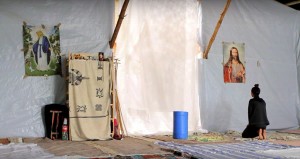 The migrants in Calais featured in the BBC’s longest running religious programme Songs of Praise which was broadcast from the French port last Sunday.

The Guardian reported that the programme showed presenter Sally Magnusson visibly affected when walking through the middle of the migrant camp which has been in the news for all the wrong reasons in the past weeks.

Camp authorities reported that when the migrants arrived the first thing they want to do was to build a church.

The makeshift church built by Christians including Ethiopian Orthodox in the camp is named St Michael’s.

Makers of the BBC programme had been criticised for going to Calais but went with a view to showing the real people and churchgoers that are present in the notorious camp which has been named ‘The Jungle’ and is home to some 3,000 people.

Many Church leaders in the UK supported the decision to film in Calais. Their support is ongoing and collections of food, clothing and other necessities are underway in parishes throughout the country, but especially in the South East which is closest to Calais.

In Kent, a Catholic group is taking donations from churches and faith communities and through the Seeking Sanctuary charity taking them to the Secours Catholique warehouse.

Ten days ago the Bishop for Migrants said he was “deeply concerned over the deepening humanitarian crisis in Calais.”

In a statement, Bishop Patrick Lynch said, “The crisis has developed over a decade and challenges us all, both as Christians and as Europeans. We must face up to this reality at various levels.”

He recognised the local pastoral, humanitarian, and compassionate response from the French Church and called on the French authorities to redouble their efforts in providing adequate reception facilities for migrants.

He also acknowledged the work done by faith organisations in France and the UK together with charities, agencies and the great generosity of families and individuals to the relief efforts.

“The Catholic Bishops’ Conference of England and Wales will be making a material contribution to those efforts,” he said.

He added that that the answer to the current migrant crisis lies beyond Calais.

The UNCHR indicate that in the first six months of this year, 137,000 refugees and migrants crossed the Mediterranean Sea, while 2014 estimates for the same period was 75,000.

He concluded that while there is no easy solution “governments, charities and humanitarian aid agencies should be encouraged to work together for a collaborative international response”, together with the countries of origin.