Home > News > Calls for Government to act on homeless crisis

Calls for Government to act on homeless crisis 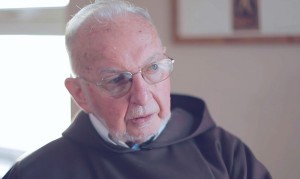 Br Kevin Crowley, Focus Ireland and several other homeless charities have called on the authorities to deal with the ‘spiraling crisis’ of family homelessness which they say is a ‘national emergency’.

“We are calling today on the Taoiseach to show the leadership required to tackle the spiralling crisis of family homelessness,” stated Focus Ireland.

The charity said that at least five families were forced to sleep rough in July despite repeated requests for more help.

Earlier this week, one family was found with three children under the age of five sleeping on a park bench and a pushchair with their parents watching over them, after Dublin’s homeless central placement unit was unable to accommodate them.

Br Kevin Crowley had also helped the family earlier and having sent them to the relevant homeless services was most disappointed that they ended up on the streets.

“I was so annoyed. They were in this morning at 7 o’clock and we gave them breakfast. It was so sad to see the little children after being on a bench during the night, it’s just not on,” he said on Liveline.

He said they had spent previous nights in the Phoenix Park and that he would have taken them in himself if he knew they had not been accommodated by homeless services.

Speaking of the promises of the Government in December after a homeless man died on the streets he said, “Everything was promised. There were all sorts of things going to happen but nothing has happened. To me it was just a sham.”

His plea to the Government is to get accommodation, open the empty apartments in the city, for homeless people especially little children who should not be out on the streets at night.

Inner City Helping Homeless (ICHH) shared on Facebook that the family had been evicted from their rented accommodation and had been given sleeping bags and told by homeless services that there were no places and to come back the next night.

“A shocking and appalling situation to be in in 2015,” the charity stated.

“The situation regarding homelessness is now out of control. For months ICHH has been campaigning for more access to beds for homeless people across the city and have been met with a closed door policy from officials.”

“When a family with 3 children under the age of 5 are sleeping outside in a park somebody needs to hold their head in shame and resign. A heartbreaking sight.”

When ICHH volunteers found the family, they took them to spend the night in their own offices. Since then temporary accommodation has been found for the family.

Another family called Liveline – a mother and her 15-year-old son who had slept in the Phoenix Park and in the casualty department waiting area at the Mater Hospital which they felt was warm and safe.

The son had sat his Junior Certificate while living in temporary hotel accommodation and hoped to continue his studies and go to college.

Focus Ireland stated that these latest events bring the human reality to the latest DOE (Department of the Environment) statistics which show a shocking 55% rise in the number of families homeless in Dublin since January.

There is also an increase in homelessness in several other cities and towns around the country.

“Even these new figures don’t reflect the full scale of the crisis as many families who have been assessed as homeless have been refused emergency accommodation by hard pressed local authorities,” said Focus Ireland, explaining that homeless facilities are all full.

“The family homeless crisis is getting out of control and must now be treated as a national emergency. The Government needs to send a clear directive to all local authorities that where a family is assessed as being homeless they must be found emergency accommodation for the night. The Government needs to fund the costs arising from this separately from the annual homelessness budget,” said Focus Ireland.