Home > Featured > Call from bishop to confront racism in England

Call from bishop to confront racism in England 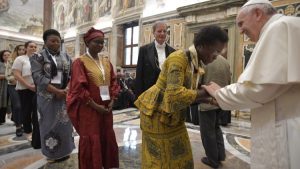 The lead Catholic Bishop for Migration and Asylum in England has called for people to stand in solidarity with all those affected by racism in society.

Bishop Paul McAleenan backed the message of the Dicastery for Promoting Integral Human Development and the World Council of Churches, which called on Christians to stand against the rising tide of xenophobia, racism and populist nationalism.

This message was issued following a meeting in Rome involving representatives of churches across the world. It emphasised that any form of racism is “radically incompatible with the Christian faith” and warned that “aiming to protect Christian values or communities by shutting out those who seek safe refuge from violence and suffering is unacceptable, undermines Christian witness in the world, and raises up national boundaries as idols.”

Speaking about its relevance to the situation in England and Wales, Bishop Paul McAleenan yesterday (2 October 2018) quoted Pope Francis, who stated at the end of the Rome meeting:

“We live in a time when feelings that many thought were outmoded seem to come back to life and spread. Feelings of suspicion, fear, contempt and even hatred of individuals or groups who are judged to be different because of their ethnic, national or religious affiliation and, as such, considered unworthy to participate fully to the life of society.” 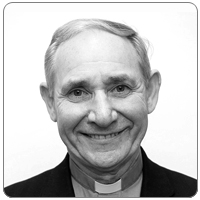 Bishop Paul McAleenan, who was born in Belfast, studied in Thurles seminary and is Auxiliary Bishop of Westminster, continued : “That is shamefully reflected in our own society – which has experienced a significant rise in hate crime since the 2016 referendum and last year’s terror attacks.”

He expressed the hope that every Catholic in England and Wales will take up “this timely call to stand in solidarity with all those affected and confront racism in our society by creating a narrative of love and of hope, against the populist narrative of hate and of fear”.

The International Conference on “Xenophobia, racism and populist nationalism in the context of global migration” took place in Rome from 18 to 20 September. The event was organised by the Vatican Dicastery for Integral Human Development and the World Council of Churches (WCC), in collaboration with the Pontifical Council for Promoting Christian Unity. The 200 guests included politicians and those from civil society, people from the churches working with migrants, and the media.

Cardinal Peter Appiah Turkson, Prefect of the Dicastery for Integral Human Development, spoke about the role that churches are called to play in the situation of migration.

The Council of Churches secretary, Olaf Fykse Tveit, spoke about how politicians use fear to divide society and “pit us against one another”.

Bishop Heinrich Bedford-Strohm, of the German Evangelical Church, stated that there is a fear of migrants because they might cause crimes and become economic competitors, and a “cultural” fear that sees local culture diminished by migrants. He said that in Germany at least 30 per cent of German Christians (“including members of the clergy”) are xenophobic.

Felipe Camargo, of the UN refugee organization (UNHCR) for Southern Europe, said that the European Parliament wants to discuss the criteria for welcoming refugees to make them even more restrictive.

The Final Message stated that those present were “conscious of a rise in xenophobic and racist reactions to refugees and migrants.”

The message appealed to “all believers”, who in their own tradition affirm the dignity of the human person and solidarity among peoples, to commit to work together for the “transformation of unjust structures and systems”, which are promoted as necessary for stability and security but create conditions that exclude others and deny the equal dignity of all.

The message called on churches to “exercise leadership in raising critical consciousness among Christians of the complicity of some theologies in xenophobia and racism,” and to disengage from such theologies to assume their role as conscience-keepers.

It expressed solidarity with churches suffering under persecution. It concluded that churches are called to be places of “memory, hope and love”. It committed to the “promotion of a culture of encounter and dialogue, recognising God in the faces of migrants.”

It stated the way of life and love is stronger than the way of death.