Family and Media Association complained that one side was “forcibly absent” from a debate on same-sex marriage on Derek Mooney Show.

The Broadcasting Authority of Ireland (BAI) has upheld a complaint against a discussion on same-sex marriage on RTE’s Derek Mooney Show which put forward only one side.

Dónal O’Latchford-Sullivan of the Family and Media Association said there were no voices opposing same-sex marriage and that it was a debate where one side was “forcibly absent”.

The discussion broadcast on 20 January marked the anniversary of the first civil partnerships for same-sex couples conducted in 2011.

In its finding against RTE, the BAI said: “..the requirements in respect of fairness, objectivity and impartiality in news and current affairs had not been met. In this regard, the Committee noted that the presenter invited views from his guests on a referendum to introduce same-sex marriage.”

The finding stated that the programme guests favoured such a change to afford “equal legal standing” in Irish law for same-sex couples, and the presenter stated similar views.

“In the absence of alternative views on this topic, a matter of current public debate and controversy, the role of the presenter was to provide alternative perspectives to those of his guests and that this requirement was not met on this occasion.”

This latest BAI report, detailed another complaint which was resolved, and involved the Fáilte Isteach presenter telling his listeners that he had had lunch with Fr Brendan Comiskey, former Bishop of Ferns. 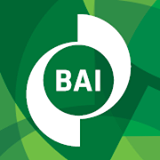 The complainant stated that the stewardship of Fr Comiskey caused some distress and pain to affected people in his diocese and in this context the presenter’s reference to Fr Comiskey could cause further annoyance and hurt to some listeners, considering the manner in which the Bishop resigned from his position.

The case which goes back to February 2014, involved the presenter thanking well wishers on the occasion of his celebrating 50 years in broadcasting, and how he went to lunch with “Bishop Brendan” as he called him.

RTÉ in its response stated “it recognises that the circumstances of the former bishop’s resignation in the context of the sexual abuse of children in the Diocese of Ferns, as subsequently detailed in the Ferns Report of 2005, mean that references to him are a matter of sensitivity and could cause upset, particularly to individuals with close knowledge or experience of those events.”

However, RTÉ concluded that it did not believe that the reference to the former bishop on this occasion, in relation solely to a personal friendship, would amount to “a lack of protection of the audience from undue offence or from harm..”

Likewise given this is an entertainment/music magazine programme, RTÉ does not believe that the reference, which made no connection to the circumstances of the bishop’s resignation, could be said to cause undue distress or offence.

RTÉ and the presenter expressed regret at the upset which was caused to the complainant by reference to the bishop.

The BAI’s Executive Complaints Forum declared the matter “resolved” and in need of no further action.

The Broadcasting Authority of Ireland (BAI) published its most recent broadcasting complaints decisions on 14 August.

The Executive Compliance Committee of the BAI considered 13 complaints.

The complaints related to the following broadcasts: