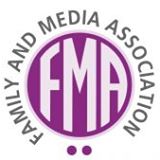 The Family and Media Association (FMA) has urged people to comment on a consultation on media plurality before the end of this month. FMA is sceptical about the Broadcasting Authority of Ireland’s (BAI) record on plurality and diversity in the Irish media, especially after the recent abortion referendum debates, but still urged people to have their say.

“It is always good to put down in black and white the truth,” Donal O’Sullivan Latchford of the Family and Media Association told catholicireland.net. “The truth does not change,” he added. “We have to come back to the truth. It is important not to be dealing with side issues and giving them inordinate importance when the real issues are being ignored. In fact that is one of the main issues we would have with the media at the moment.”

In December BAI launched the public consultations on the new draft Policy on Media Plurality and on Ownership and Control Policy, seeking views from stakeholders and members of the public. In its Statement of Strategy 2017–2019 the BAI states it will “promote a plurality of voices, viewpoints, outlets and sources in Irish media”. So the consultation is on how the BAI understands and promotes and supports media plurality in Ireland.

Speaking at the launch of the consultation, Chief Executive of the BAI, Michael O’Keeffe, said: “Where media plurality is healthy, it ensures citizen access to a variety of information sources, opinions and voices and reduces the undue influence of media and other political, social and commercial organisations or individuals in the formation of public views or the wielding of undue influence over the political process.” He added that freedom of, and access to, information “contributes to the effective participation of citizens in the democratic process.”

FMA stated that BAI’s record in interpreting or understanding terms like plurality and diversity and fairness and balance has not been good. “There was something very wrong in terms of diversity of views in the context of the abortion referendum and all the so-called debates that led up to that in particular. The BAI has done nothing to foster diversity there. In fact it has done quite the opposite; it suppressed it by being dismissive of many quite reasonable and understated complaints about mishandling of those debates by the media. People have lost patience at this stage.”

Responses can be emailed to [email protected] or a form can be completed online. Postal responses can be submitted to: BAI Ownership and Control Consultation, Broadcasting Authority of Ireland, 2–5 Warrington Place, Dublin, D02 XP29.