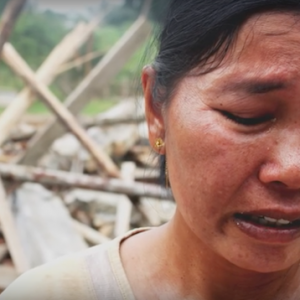 The British Foreign Secretary, Jeremy Hunt, has ordered his civil servants to conduct an investigation into the persecution of Christians worldwide.

The Conservative politician, who is a practising member of the Church of England, made his announcement in a St Stephen’s Day article published in the Daily Telegraph, where he recalled attending an uplifting Christmas service with his family at their local church the previous day.

“We attend as a simple matter of personal choice,” he wrote. “But since being appointed Foreign Secretary, it has struck me how much we take that choice for granted: others around the world are facing death, torture and imprisonment for that very right.”

The British politician noted that the persecution of Christians is at its “most stark” in the region of Christ’s birth. “A century ago, 20 per cent of the people of the Middle East were Christian; today the figure is below 5 per cent. It is not hard to see why. On Palm Sunday in 2017, a suicide bomber in Egypt attacked a Christian cathedral that has existed since the inception of Christianity, brutally killing 17 of the congregation. This is an extreme example, but it is by no means isolated. Last week, I met an Iraqi doctor who told me how patients had threatened her and her family with beheading when they heard she was a Christian who refused to convert. Step by agonising step, we are witnessing the erosion of Christianity as a living religion in its heartland.”

Citing figures compiled by the non-denominational Christian charity Open Doors, Mr Hunt said about 215 million Christians suffer persecution across the world. According to the International Society for Human Rights, Christians are the victims of 80 per cent of all acts of religious discrimination.

Mr Hunt cited the plight of members of Pakistan’s Christian community who are regularly victims of sectarian violence and who are often, such as in the case of Asia Bibi, arbitrarily accused of blasphemy against the prophet Mohammed. In the last two years, people have been killed in Syria, Afghanistan, Somalia, Egypt and Nigeria simply for being Christians.

The Foreign Secretary has asked the Anglican Bishop of Truro, Philip Mounstephen, to head an independent review of whether the UK is doing enough to protect minority Christian communities in other parts of the world. “I would like this exercise to consider some tough questions and offer ambitious policy recommendations,” he says. “Britain has – in my view – the best diplomatic network in the world, so how can we use that to encourage countries to provide proper security for minority groups under threat? Have we been generous enough in offering practical assistance, and does the level of UK support match the scale of the suffering? Have we always got our foreign policy priorities right in terms of advocating for and expressing solidarity with this group?”

Mr Hunt claims that Britain has “long championed international religious freedom”. However, he is concerned that there was a “very British sense of awkwardness at ‘doing God’” and that because of Britain’s colonial history and the fact that it is traditionally a Christian country, “some are fearful of being seen to help Christians in desperate need”.

He added: “Whatever the cause, we must never allow a misguided political correctness to inhibit our response to the persecution of any religious community. With Christianity on the verge of extinction in its birthplace, it is time for concerted action that begins to turn the tide.

“The Apostle Paul foretold of the suffering that Christians would face through the ages, but still saw reason to hope: ‘We are afflicted in every way, but not crushed; perplexed, but not driven to despair; persecuted, but not forsaken; struck down, but not destroyed.’

“It is time to echo that message of hope to the persecuted church around the world; with our deeds as well as our words.”