Bishop’s concern as curbs on alcohol promotion are watered down 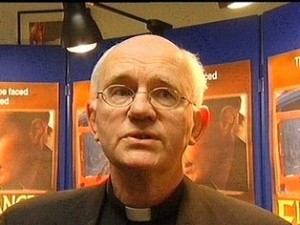 Irish society needs a public debate on how and why alcohol has maintained such an influence on our culture, plus an objective analysis of alcohol’s effect on our well-being, says Bishop Eamonn Walsh, who is vice chair of the Irish Bishops’ Drugs Initiative.

Prompted by an Irish Times editorial noting that the drinks industry was working to frustrate efforts in the Dáil to introduce legislation that would, for the first time, treat the issue of alcohol promotion as a public health issue, Bishop Walsh wrote to the paper yesterday to say that “the human devastation caused by alcohol has been a blight on our society for countless years”.

He says that the fact that debate on the Public Health (Alcohol) Bill 2015 has been deferred until the autumn exemplifies the powerful influence of the drinks industry on our legislators. In particular, he comments: “The removal from this Bill of a ban on sports sponsorship, limits on advertising, point-of-sales display controls and minimum pricing is of deep concern to us.

“We live in an era where the drinks industry’s well-resourced marketing and lobbying campaigns achieve huge success in identifying and influencing key target audiences, especially our young people.

“For example, up to recently, it was appalling to see young people playing sports with jerseys emblazoned with alcohol logos, effectively being used as beer mats by the industry. Such blatant promotion continues at an adult professional level.”

He notes that excessive alcohol consumption affects individuals, families and society at large. “The 1,500 hospital beds that are occupied nightly by patients with alcohol-related illnesses, evidences the human damage, whilst also placing an inordinate burden on our health service, which itself is creaking at the seams.”

In recent years, the drinks industry has claimed to be promoting responsible alcohol consumption through such activities as the Drink Aware information services. But Bishop Walsh finishes his letter by saying: “When the drinks industry begins to invest its vast resources into addressing the actual damage caused to individuals by alcohol, only then will its supposed concern about consumption be taken more seriously.”