Home > News > Yes vote may impact on ACCORD bishop warns

Yes vote may impact on ACCORD bishop warns 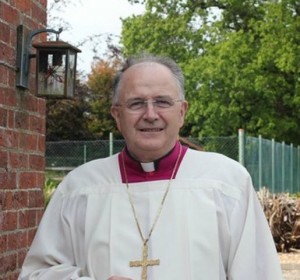 Bishop Leo O’Reilly of Kilmore has expressed concern for the future of ACCORD and the ethos of Catholic schools if the referendum on marriage is passed later this month.

In a statement issued on Sunday and read out at Masses across his diocese, the bishop urged the faithful to think of the wider consequences of the referendum passing.

Bishop O’Reilly was one of a number of Irish bishops who issued statements over the weekend urging people to vote No to the proposed amendment to the constitution.

“I have serious concerns about the blunt refusal to give any real guarantees regarding freedom of religion in relation to the referendum,” he warned.

He also questioned whether teachers would be obliged, against their conscience, to teach the new understanding of marriage in schools?

In a reference to ACCORD, the catholic marriage agency, Dr O’Reilly asked if marriage counsellors and others who offer couples Catholic marriage care would be required to “provide services to those who are manifestly at variance with our ethos”.

The bishop, who said he was aware that the referendum was a very sensitive issue and expressed his hope that his words would not give offence to anybody, asked if priests, who are now generally registered as official solemnisers of marriage on behalf of the State, would be obliged to marry same-sex couples who request it?

“If a baker can be brought before the courts in Northern Ireland on such a trivial matter as refusing a request from a same-sex couple to supply a cake with a gay slogan, we can be sure that a priest will soon find himself in the same position here,” he commented.

His concerns echo those of the Primate of All Ireland, Archbishop Eamon Martin, who last weekend expressed concern for the future of ACCORD.

In his message ‘Care for the Covenant of Marriage’, the Primate of All Ireland questioned if Catholic schools would be allowed to uphold the Church’s teaching on marriage if marriage is redefined.

In an interview with RTE Radio, he also questioned whether state funding would be withdrawn from ACCORD.

In last Tuesday’s RTE Primetime debate, a member of the Yes campaign appeared to support withdrawing funding from ACCORD as its services cater only for male-female couples. Noel Whelan implied this was discriminatory.

Speaking to RTE’s Morning Ireland last Monday, Archbishop Martin referred to how the Church had been forced to withdraw from adoption services in the UK because it wasn’t prepared to place children with same sex couples.

In his statement last Saturday, Dr Martin highlighted that many people won’t even raise these issues within their families and workplaces for fear of being ridiculed or condemned as homophobic.

Elsewhere in his statement yesterday, Bishop Leo O’Reilly urged voters to think about the issue of equality being put forward by the Yes campaign.

He said Pope Francis had faced a similar referendum in Argentina when he was Archbishop of Buenos Aires.

“This was his advice on the matter: ‘A marriage (made up of man and woman) is not the same as the union of two people of the same sex. To distinguish is not to discriminate but to respect differences … At a time when we place emphasis on the richness of pluralism and social and cultural diversity, it is a contradiction to minimise human differences. A father is not the same as a mother.’”

In relation to children, Bishop O’Reilly said the country had recently passed a referendum on children’s rights. The first paragraph of the new text says, “The State recognises and affirms the natural and imprescriptible rights of all children and shall, as far as practicable, by its laws protect and vindicate those rights.”

In his statement, the bishop said now every child has a natural mother and father.

It is surely a fundamental right of a child that he or she should have the right to know and enjoy the companionship of its natural mother and father, where that is possible.

Sometimes, through death or for other reasons this is not possible, and that is “always painful and regrettable” he commented.

He warned that the referendum, if passed, taken together with the provisions of the Children and Family Relationships Act, would deny the fundamental right of some children to a mother and a father – in plain contradiction of the recent children’s referendum.

The referendum on same-sex marriage would put the wishes of adults ahead of the rights of children he chided.