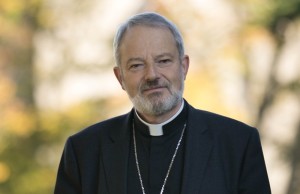 Bishop Kevin Doran of Elphin and popular BBC broadcaster Fr Brian D’Arcy have clashed over whether Catholics who voted Yes in Friday’s referendum are in a state of sin.

On Monday’s ‘Today with Sean O’Rourke’ programme on RTE Radio, Bishop Doran said everybody’s vote had a moral significance and a political significance.

Asked if Catholics who voted Yes knowing it was going to lead to abortion had sinned, Bishop Doran responded, “If they knew and intended abortion as the outcome – yes – I believe so.”

However, he also stressed that the Catholic Church is a family and “nobody ever gets struck off and God never takes back his love.”

But he suggested to those Catholics who voted Yes intending that abortion would be the outcome, that they should consider going to confession, where he said they would be received with the same compassion that is shown to any other penitent.

“I think all sin, and sin is obviously not just related to this area, is about decisions and actions that impact on our relationship with God,” the Bishop of Elphin, who heads up the bishops’ Committee on Bioethics said.

Asked by Sean O’Rourke if Catholics who voted Yes should not present themselves to receive communion, Dr Doran said that was “a matter for their personal conscience because I can’t obviously see into someone’s heart or soul as they approach the altar”.

He also clarified that in over 40 years as a priest, he had never turned anybody away from Holy Communion because “the presumption as people approach the altar is that they come in good faith”. 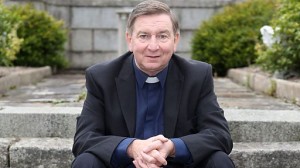 However, BBC broadcaster and Sunday World columnist, Fr Brian D’Arcy told RTE Radio’s Drivetime programme that he wouldn’t like to attribute sin in the matter of how people voted.

“Each of us is having to struggle to find a way of accepting what is right for yourself, while also allowing what you couldn’t allow for yourself to be allowed for others who might view life and its ethics and morality in a different way.”

“That’s very important to accept and encourage, and certainly not condemn.”

Meanwhile, Jesuit theologian, Fr Gerry O’Hanlon, told RTE News that he had difficulty with Bishop Doran’s comments and referred to Pope Francis’ recent statement that bishops have been called on to form consciences not to replace them.

“I know many good Catholics who agonised over this and I think the Church’s proper response is to respect their intelligence and to show the kind of compassion to women that has been lacking in the past,” Fr O’Hanlon said.