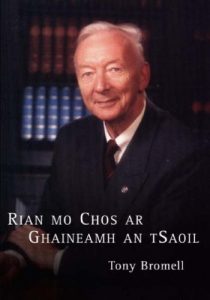 The Bishop of Limerick Dr Brendan Leahy and Fianna Fáil Leader Mícheál Martin have paid tribute to the former Registrar of the country’s largest Catholic third level college who was instrumental in bringing a university to Limerick.

Former Fianna Fáil Senator and Mayor of Limerick Tony Bromell (84) passed away this week after a short illness. A native of Limerick, Mr Bromell was Registrar of Mary Immaculate College from 1967 until his retirement in 1998, seeing the student population grow from 200 in 1967 to 1,700 in 1998, when he retired.

He was Mayor of Limerick from 1982 to 1983, and as Chair of Limerick’s Vocational Educational Committee (VEC) was heavily involved in the establishment of the College of Art, Commerce and Technology (now Limerick IT).

He was also a founding member and the last surviving member of a pressure group established in 1958 to campaign for a university for Limerick, which resulted in the establishment in 1970 of the National Institute for Higher Education (NIHE).

As a Senator, he was able to welcome the bill which in 1989 elevated the NIHE to full university status as the University of Limerick.

Paying tribute to Mr Bromell, Bishop Brendan Leahy, Chairperson of the Board of Trustees and An tÚdarás Rialaithe of Mary Immaculate College, said “Tony Bromell will always have a special place in the history of Mary Immaculate College. As Registrar of the College from 1967 until his retirement in 1998 he was deeply committed to the advancement of Higher Education in Limerick, having a significant role in the establishment of the College of Art, Commerce and Technology (now Limerick IT) and being a key advocate for the establishment of NIHE which later became the University of Limerick in 1989.” 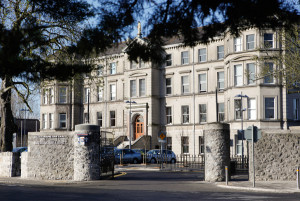 Bishop Leahy said “A passionate enthusiast of the Irish language, Tony embodied the long-standing commitment to the national tongue at MIC and actively promoted the weaving of Irish into curriculum and conversation alike within the halls of the College. Leaba i measc na naomh aige. My condolences go to all his family at this time.”

A statement issued by Fianna Fáil leader Mícheál Martin said he was “deeply saddened” to hear of Mr Bromell’s passing. He added: “His contribution to public life and in particular to the area of higher education was felt at every level. His commitment to Limerick City, its public life and its promotion was well known, and he was respected across the political spectrum. As Minister for Education, I trusted his wise counsel and the 30 years he spent as Registrar of Mary Immaculate College ensured that his opinions were based on real life experience.”

I want to extend my condolences, and the condolences of the Fianna Fáil organisation, to Tony’s children, extended family, and the wider community in Limerick,” added Deputy Martin.