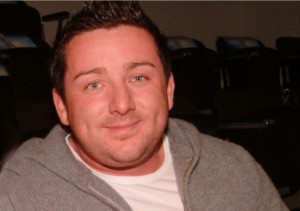 Bishop Brendan Leahy of Limerick has expressed his hope that the guilty verdict handed down on Tuesday to two men for the murder of Roy Collins will be another watershed for the city.

In a statement, the Bishop said Limerick was “already a long way down the path to a much better place.”

He continued, “My predecessor Bishop Donal Murray rightly named this act at the time as ‘vile and futile’ and today hopefully brings some sense of closure for the Collins family.”

To the family of Roy Collins, the Bishop extended his and the diocese’s deepest sympathy and continued support.

He told them that Roy’s name was “written into the fabric of peace that is now enveloping this fine city.”

“We must continue to honour and remember Roy’s name because, thanks to today’s decision, it should always represent a triumph of good over evil in Limerick,” Bishop Leahy said.

Elsewhere in his statement, Bishop Leahy said, Limerick’s reaction to this murder, and indeed the murder of Shane Geoghegan during a dark and troubled period of the last decade, has to be one of revulsion.

“Limerick showed defiance in the face of those murders with a march of thousands through the streets of Limerick.”

“It also led to the breaking up of what Pope Francis referred to in another criminal context as ‘the silent complicity’ in the face of gangland criminality, with people stepping forward to give evidence against those who committed these heinous crimes.”

“Limerick simply and collectively said it had enough and while it is little, if any, consolation to the family of Roy Collins, the stand taken by them along with, the wonderful work of an Garda Síochána and the people of the city has made Limerick a safer place today, a place where those who rightly treasure life, peace and respect for others are winning out over the small minority who choose otherwise.”

“To those any way involved in, or on the periphery of crime, I urge them to step back, for their sakes, for their family’s sake, for the city’s sake. Because, as today’s verdict shows, crime is not a way; it is a darkness and we don’t thrive in darkness but rather and ultimately meet a demise.

“Today in Limerick, the majority win over the small minority. This city has begun a new chain of positive action that is showing up Limerick for what it is – a great city with a wonderful history and culture. Above all today, we remember Roy Collins.”