Biodiversity celebrated at the Phoenix Park 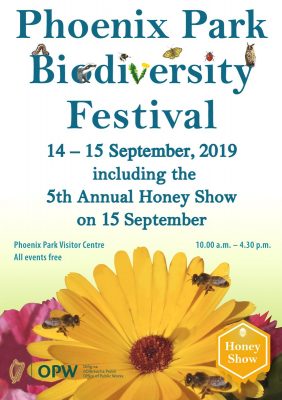 It continues today with environmental talks on the hour in the Phoenix Park Visitors Centre, where the park’s fifth annual Honey Show is also taking place.

Echoing words from Laudato Si’, Pope Francis’s environmentalist encyclical, President Higgins said: “With the growing trend towards urbanisation, it is important to make room for biodiversity to flourish and co-exist with us. It is vital that we protect our national biodiversity to ensure that we, and generations to come, can all enjoy the pleasures it gives.”

“The message is clear: nature, biodiversity – the life that we share on this planet and the contributions it makes to human existence – is in trouble,” the President said. “As with climate change, the scientific evidence is unequivocal that the primary causes are human-driven. Globally, we are losing biodiversity at a rate unprecedented in human history.

“As with climate change, the situation is urgent, but solutions are possible, and each of us must do our part to reverse these deeply worrying trends that threaten humans’ future survival on the planet.”

At present, Ireland is home to 28 land mammal species, over 400 bird species, more than 4,000 plant species and over 12,000 insect species. Among the measures being taken to protect this biodiversity is the Green Low-Carbon Agri-environmental Scheme (GLAS), in which more than 50,000 Irish farmers have already participated.

There is also the All-Ireland Pollinator Plan, launched in 2015, where local authorities, schools, community groups, farmers, businesses and private citizens work to create an Ireland where pollinators can survive and thrive. 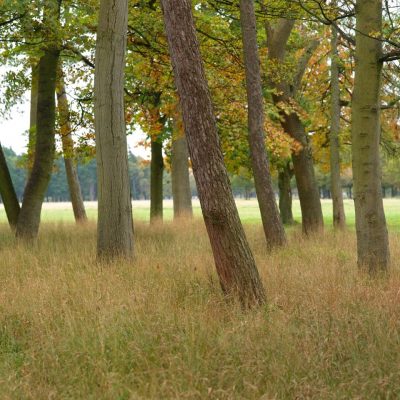 Woodlands comprise nearly a third of the Phoenix Park.

“We can make small and easy changes to our landscapes to help protect these vital creatures, and this plan makes steps in showing us all how easily we can achieve pollinator-friendly habitats, no matter where we are,” President Higgins said.

“Simple actions like mowing your grass less often, retaining soft landscaping over hard paved surfaces, and letting the odd flowering weed spring up in your garden here and there can have can be hugely beneficial to pollinators. I encourage you to try what you can. Every measure has the potential to influence change and protect our environment and biodiversity and even assist in climate mitigation.

“This weekend we are not only here to celebrate biodiversity, but also the produce of the honeybee. The most important managed species of pollinator is the honeybee, and I am very pleased that there has been a recent surge in the number of people taking up the craft of beekeeping.  At the Phoenix Park Honey Show, we can sample the delights that are produced by this wonderful insect.”

There are 351 plant species growing in the Phoenix Park. More than 70 different species of birds –  35 per cent of the total number of species found in Ireland – have been spotted there. There are some 14 different native mammals in the park, not counting the exotic species living in Dublin Zoo.