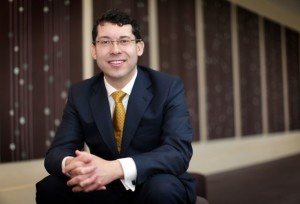 The Children and Family Relationships Bill is a fundamental attack on a child’s rights as it allows some children to be deprived of the right to be brought up by a mother and father.

This is according to Independent Senator Rónán Mullen who was very critical of the Bill during his second stage speech in the Seanad earlier this week.

Senator Mullen told Minister Frances Fitzgerald that the Bill “wrecks” her legacy and that of the Government as defenders of children’s rights and best interests.

Senator Mullen accused the Government and the political parties of ‘groupthink’ similar to that which led to the collapse of the Celtic Tiger.

“We should be guided by values and sober reflection when faced with making major changes to our society,” he said.

The Senator decried the “express train” speed at which the Government is rushing the Bill through the Seanad and claimed the haste was “to pretend that the marriage referendum had no connection with children and parenting issues,” he said in a reference to May’s referendum on the definition of marriage.

In January, announcing the wording for the referendum, Minister Fitzgerald said the referendum would be about marriage equality, while the proposed Children and Family Relationships Bill was about ensuring children in different family types have equal protection before the law.

She suggested that the issues need not become entangled.

However, Senator Mullen said the Government was ignoring the “explicit provisions of the UN Convention on the Rights of the Child” which recognises a child’s right to his or her father and mother except where the child’s welfare required otherwise.

“I have heard Geoffrey Shannon, the Special Rapporteur on Child Protection, acknowledge more than once that ‘two biological parents in a low-conflict marriage’ provide the ‘gold standard’ environment for the upbringing of children. Nowhere does your legislation, Minister, acknowledge, reflect or attempt to promote this. And that is shameful,” said Senator Mullen.

Referring to issues arising from medical procedures and technology, the Senator warned that failure to ban egg and sperm donation in this Bill was “a big mistake”, as was the failure to allow children born from Assisted Human Reproduction to know their genetic parents until they are adults.

“We are now technologically proficient in creating life through artificial means, yet the people in power are either hopelessly naive, or morally bankrupt,” he accused.

Commentators proclaim that all a child needs is ‘love’, without reference to family, kinship, blood ties, history or any of those things which gives us identity and a sense of place in the world, he said.

“If this Bill becomes law in its current form, the means of science will now be employed only to serve the ends identified by the adults and fertility professionals involved, separate from all considerations of children’s welfare, or indeed justice towards the child.”

He said that there is a right to the love of each genetic parent, and it should not be deliberately interfered with. 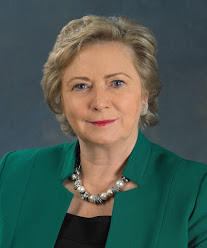 Frances Fitzgerald, Minister, Department of Justice and Equality, opened the debate in the Seanad stating that the Bill provides “comprehensive reform of family law to bring it up to date with the realities of family life in Ireland.”

She described it as a “child-centred Bill” which aims to address the legal situation of children living in diverse families, and meets a Government commitment to “modernise and reform outdated elements of family law”.

There were 19 speeches during the Seanad debate. Many welcomed the proposed legislation.

However, he said that with the vast scope of the bill the changes should have been put to a referendum.

The Senator said he had been impressed by a gay man on the radio who believes every child should have a mother and a father.

“Professor Ray Kinsella has argued that the legislation would promote arrangements where children are intentionally denied either a mother or a father. Whether that is correct, I do not know,” he said.

He added that the bill needs a lot of debate and he was sorry that there was such little time to do that.