Big plans in Mexico for record-breaking effigy of Our Lord 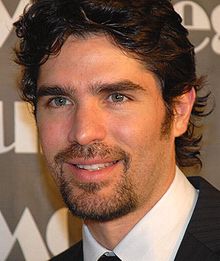 Work on building the world’s tallest statue of Our Lord Jesus Christ is due to start this year, according to a report by Mexico News Daily.

The project is being organised primarily by Eduardo Verástegui Córdoba, who is famous in Mexico as an actor in television soap operas. He is also a pro-life activist.

Mr Verástegui said he wants the statue to provide a legacy of peace to Tamaulipas, the state where he was born, which is infamous for its high levels of drug-related gang violence.

The 77m statue, entitled Cristo de la Paz or Christ of Peace, will show Our Lord with his arms outstretched as if offering a friendly embrace. Mr Verástegui told Mexico Daily News that he sees the statue as a symbol of faith, love, hope and peace.

Certainly, Mexico is in need of peace: last year seven priests were killed there. Since 2012, 23 priests have been murdered in Mexico.

The statue will be designed and project managed by Mexican architect Fernando Romero.

The enormous figure will stand atop an esplanade capable of accommodating a crowd of 10,000 people. It will be part of a complex including a new church, shops selling handicrafts, an amphitheatre, hotels and a residential district.

The Monument of Christ the King in Poland

At 77m in height, the Tamaulipas Cristo de la Paz statue will stand head and shoulders above the two statues that currently vie for the title of tallest statue of Our Lord. Promoters of the 52.5m tall Pomnik Chrystusa Króla or Monument of Christ the King in Świebodzin, Poland, and promoters of the 40.44m tall Cristo de la Concordia in Cochabamba, Bolivia, both say their statues are the tallest.

The Bolivians claim that the Polish claim is false because it includes a 3m tall crown and a 16.5m tall mound and that the Polish statue is only 33m tall, while the statue in Bolivia is 34.3m tall atop a 6.24m high pedestal.

Mr Verástegui said he plans to travel to Rome to present his plans to Pope Francis shortly.