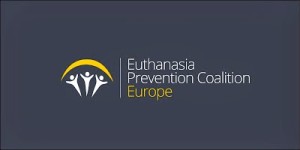 Belgium is one step closer to becoming the first country to permit the euthanasia of children.

On Thursday, the Belgian senate voted 50 to 17 in favour of a bill authorising doctors to end the lives of children who ask to die because they are terminally ill and in pain.

The bill may yet be halted if it is not approved by the lower house – the House of Representatives.

However, according to pro-life campaigners it is looking increasingly likely that it will become law.

Belgium passed a law decriminalising euthanasia for terminally-ill people over the age of 18 in 2002.

“This unprecedented bill would extend euthanasia to children with disabilities,” Alex Schadenberg of the Euthanasia Prevention Coalition said.

“The Belgian Socialist government is adamant that the euthanasia law needs to extend to minors and people with dementia even though there is significant examples of how the current law is being abused and the bracket creep of acceptable reasons for euthanasia continues to grow.”

He continued, “The current practice of euthanasia in Belgium appears to have become an easy way to cover-up medical errors.”

Karine Lalieux, a member of the Socialist party, said after the vote, “We want this law to be passed before the dissolution of parliament.” It is thought that the process could reach the lower house by May of next year.

Separately, Christian, Jewish and Muslim bodies, as well as Belgian theologians issued a joint statement expressing “great concern at the banalisation” of euthanasia.

The new bill proposes to make Belgium the first country in the world to remove any age limit on the practice.

Responding to the senate vote, a German foundation for the seriously ill on Friday strongly criticised the Belgian Senate’s backing for the proposed bill.

Speaking on behalf of the German foundation for the protection of patients (Deutsche Stiftung Patientenschutz), Chairman Eugen Brysch described the law as “neither a laudable pioneering move nor an act of humanity, but rather a sad declaration of bankruptcy.”

“There cannot be an objective catalogue of ills, where doctors can just tick the appropriate box when deciding over life and death,” Eugen Brysch said.

He described euthanasia as “the manifestation of a failing political system, which leaves people on their own and then calls this self-determination.”

The Netherlands already allows children over the age of 12 to request euthanasia with the consent of their parents.