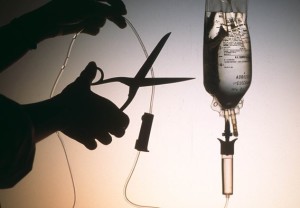 A deacon serving in the Catholic Church in Belgium has been arrested and charged over the deaths of at least 40 patients in a Catholic hospital.

57-year-old Deacon Ivo Poppe reportedly kept records of patients whom he smothered or to whom he gave a lethal dose of insulin at Hôpital du Sacré-Coeur Menin.

The married father of three adult children worked at the hospital as a nurse from 1980 until 2002 when he was ordained as a deacon.

He continued to visit the hospital as a part-time pastoral assistant until he began working full-time as a deacon in 2011.

According to his lawyers, Poppe said he was acting out of compassion when he felt the patients’ suffering was excessive.

Although euthanasia is legal in Belgium, Poppe faces charges because there is no evidence that his patients gave their consent to his actions.

He is now being examined by psychiatrists to assess his mental condition.

A spokesperson for the Diocese of Bruges commented, “Euthanasia and deacon: these are two words which do not belong together in the same sentence.”

Bishop Jozef De Kesel said, “We can only condemn and deplore the matters with which he has been charged. We sympathize with the families of the victims who have been left with many questions and uncertainty.”