A week after Pope Francis is due to canonise Francisco and Jacinta Marto in Fatima on Saturday 13 May, a major conference on the Marian apparition and our devotion to the Immaculate Heart of Mary will be held in Co. Galway.

The conference on ‘Fatima and the Triumph of the Immaculate Heart of Mary’ in the Shearwater Hotel in Ballinasloe on Friday and Saturday 19 and 20 May is due to be televised by the EWTN television channel, which has a potential worldwide audience of 400 million viewers. 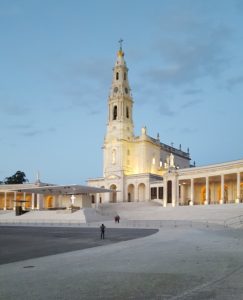 Keynote speakers include: the Primate of All Ireland Archbishop Eamon Martin of Armagh, who is an Irish patron of the World Apostolate of Fatima; Msgr John Armitage, the Rector of Walsingham, England’s national Marian shrine; Fr John Walsh OP, the Dominican Order’s promoter of the Holy Rosary in Ireland; Fr Ailbe O’Reilly ORC, professor of theology at Newman College, Ireland; Professor William Thomas of the Pontifical Marian Academy; Donal Anthony Foley, secretary in England and Wales of the World Apostolate of Fatima; Colin Donovan, vice-president for theology at EWTN, and Franciscan priest Fr Joseph Wolfe, also of EWTN. Bishop John Kirby of Clonfert will give the opening welcome address to delegates.

Also present at the conference will be the Pilgrim Statue of Our Lady from Fatima and first-class relics of Saints Francisco and Jacinta Marto, who together with their cousin Lúcia de Jesus dos Santos, witnessed six apparitions of Our Lady between 13 May and 13 October 1917. The canonisation of Francisco and Jacinta coincides with the centenary of the first apparition.

The devotion to the Immaculate Heart of Mary was a key feature of the Fatima apparitions, with Our Lady calling for reparation for sins committed against Her Immaculate Heart. Furthermore, she told the three visionaries that if a person were to go to confession on the first Saturday of five consecutive months, and receive Holy Communion, and recite five decades of the Rosary and keep Our Lady company for 15 minutes while meditating on the 15 mysteries of the Rosary, that person would be given the graces necessary for salvation at the hour of their death. 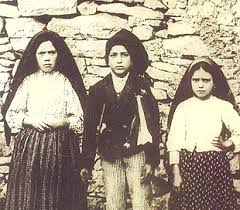 The devotion to the Immaculate Heart of Mary shows signs of gaining ground amongst the Irish faithful too: Ireland was formally consecrated to Our Lady’s Immaculate Heart at a ceremony in Knock in 2013 on the Feast of the Assumption, 15 August.

During the event, there shall be an investiture with the scapular, a consecration, a Benediction, Mass (at noon on Saturday) and recitations of the Rosary. There is a plenary indulgence available to delegates.

There is an entrance fee of €50 with online registration available on www.FatimaJPII.org. Hotel accommodation is available at the Shearwater at a special rate for delegates – contact 090 9630400 or [email protected].