Archbishop hits out at culture of celebrity and empty spin 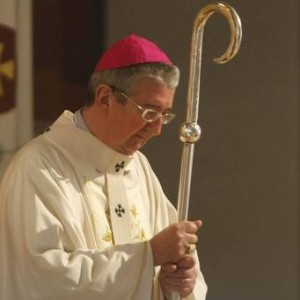 Archbishop Diarmuid Martin of Dublin has hit out at the negative impact the culture of celebrity and the culture of “empty spin” are having on Irish society.

Speaking in Bray on Sunday, the leader of the Church in Dublin claimed that these two empty values were undermining modesty in lifestyle and tempting people into a false view of life based on words and images that that are the product of spin.

The Archbishop suggested that the “culture of celebrity” and “the culture of empty spin” dominated the media, advertising, fashion and politics and undermined people’s ability to look at life as a mixture of challenges and successes, opportunity and failure.

In his homily at a Mass to mark the retirement of Marie Dunphy as principal of St Fergal’s national school in Co Wicklow, Archbishop Martin warned that education must not be just about enabling young people to pass examinations and follow a curriculum.

“It is about constantly working with young people to challenge them not to allow themselves to get blocked in their own limitations and anxieties and mediocrity,” he suggested.

He added, “Education is about bringing the very best from within young people; it is about challenging them to go beyond themselves and to be able to dream great things and realise great things.”

On the issue of religious education, he warned that education in the faith is not just about commandments and laws but authenticity marked by modesty in lifestyle.

Commenting on Sunday’s Gospel, Archbishop Martin said the problem is not what each of the two figures – the Pharisee and the tax collector – does or does not do.

He explained that the Pharisee, despite his good intentions, had got it all wrong.

“He is trapped into doing things, into religious practices, and feels that because he is exemplary in counting the things he does, then he is entitled to a place of privilege; he looks on his observance of the law as a sort of guarantee of his salvation. He lists the good things that he does, but he has no sense of any call to conversion. His perfection is reduced to a self-proclaimed perfection.”

Referring to the tax collector’s exhortation, ‘have mercy on me a sinner,’ the Archbishop said, “We are all sinners to a greater or lesser degree. But we find it difficult to address our sinfulness.”

Acknowledging that ‘sin’ is certainly not flavour of the month, he said most of us would, if anything, play down our sinfulness and give ourselves not perhaps full marks, but at least a good honours mark for how we manage our lives.

However, he warned that recognising our sinfulness is not denigrating ourselves. “Faith is not a sort of negative narcissism or masochism. Faith in God should free us. But that freedom comes when we stop placing all our trust in ourselves and we open our hearts to the truth of God revealed in Jesus Christ.”

The Archbishop also warned that a “spirituality which focuses only on ourselves and what we consider our own wellness and wellbeing will in the long term have nothing to do with the spirit, but only about what goes on within our own psyche.”

He added, “We do not define holiness and goodness by doing more and more things, like the Pharisee. He did all the right things, but got it all wrong in the end because he was too self-focused.”