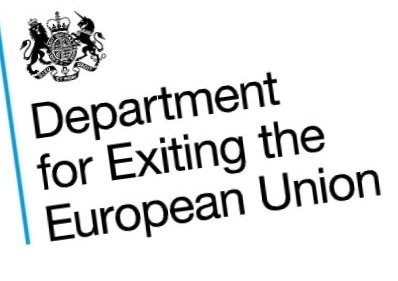 As confusion continues about Britain’s plans to leave the European Union, Irish-born Bishop Paul McAleenan has issued a guidance document to other members of the English and Welsh hierarchy explaining how diocese and parishes can help EU citizens remain in the UK if and when Brexit is finally implemented.

This weekend more than a million people marched through London calling for a second referendum on the decision to leave the EU and four million people have signed an online petition to the same effect. However, the British Prime Minister Teresa May remains committed to leaving the union.

So far, no deal on the details of Britain’s exit has been agreed with the European Union. If that remains the situation, Britain will leave the EU on Friday, 12th April. If a deal can be negotiated, Britain may take advantage of a longer delay being offered by the EU, which would mean Brexit will occur on Wednesday, 22nd May.

“Given the very large proportion of EU citizens [living in Britain] who are Catholic, this is likely to affect many parishioners across England and Wales,” said Bishop McAleenan in a letter posted to his colleagues this week.

The letter, from England and Wales’s lead bishop for migration and asylum, aims to update the Catholic community on the settlement scheme being put in place to allow EU citizens to remain in Britain after Brexit.

The British government had planned to impose an administrative charge on EU citizens applying for inclusion in the settlement scheme, but the Catholic bishops successfully lobbied against that, saying it that not only did it especially penalise those with large families, it was unjust to charge people for securing their existing rights.

The announcement by Mrs May that there would be no charge is described by Bishop McAleenan as “a very welcome move”.

“Nevertheless, many of those who have made their homes here and wish to stay will still be facing uncertainty and confusion about what they need to do,” said the Bishop in his letter.

“The Bishops’ Conference is therefore continuing to engage with both the Home Office and the European Commission to address problems with the scheme and help make people aware of their rights.”

In particular, the Bishop, who is an auxiliary in the Diocese of Westminster, is recommending the European Citizens’ Rights website, recently launched by the European Commission, as a useful resource to help EU citizens in Britain become fully aware of the workings of the British settlement scheme. Failure to take advantage of the scheme could see EU citizens facing deportation after June 2021 – just over two years from now.

As well as offering impartial information about the scheme and details of local information centres being held across the United Kingdom, the website contains an option for parishes, groups or organisations to book an immigration solicitor free of charge to attend any information sessions that they might be hosting.

Bishop McAleenan said: “I know that several dioceses are already making use of this valuable resource and encourage you to circulate it widely to those responsible for social action in the Diocese.”