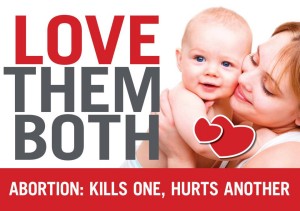 Archbishop Diarmuid Martin of Dublin has paid tribute to all those who work in the Church’s child protection services for the “huge progress” made in safeguarding in recent years.

He made his comments to CatholicIreland.net after he had attended a Holy Hour of Prayer for Life at Dublin’s Pro Cathedral on Saturday in response to the Dáil’s passing of the Protection of Life During Pregnancy Bill.

“I think it is important to say this, huge progress has been made,” he said.

He added, “The Church has over the years been putting into practice and into place its norms, way ahead of the pace at which the State is doing it.”

He urged the State to expedite outstanding safeguarding norms.

“There are things promised some years ago that still have to be even presented in the form of legislation.”

Responding to the findings of Chapter 20 of the Murphy Report, which was published on Friday, he said priests themselves have gone through a period in which they had to come to grips with things that happened in presbyteries.

He said there was now “a very strong commitment to move forward with child safeguarding norms” in the Church.

However, he acknowledged that criticisms of the Church in the Murphy Report showed that in the past “there was concern for everybody except the child.”

“The priest was looked after, people were kept quiet, and many of those children, weren’t even spoken to. Their parents were given sympathy and sent off,” he said.

“I have constantly said that the Gospels indicate the child as a sign of the Gospel. There is no way in which the Church of Jesus Christ which preaches that Gospel should have treated children in that way.”

He described the care of children and their protection from sexual abuse as a pro life issue.

In his official response to the publication of Chapter 20 of the Murphy Report, the Archbishop said the archdiocese of Dublin continues to receive information about the former priest Patrick McCabe and other men who ministered in the diocese and were serial abusers of children.

He expressed the hope that with the publication of Chapter 20 some of the suffering of Patrick McCabe’s victims, whose “wait for truth has been a long one” would ease.

Prayers were said in dioceses across the country on Sunday in response to the passing of the abortion bill on Thursday.

The Bishops will not comment on the vote outcome until after the Seanad has finished its discussions on the matter.

Last Monday, the Bishops sent a briefing note to all deputies and senators outlining the flaws contained in the Protection of Life During Pregnancy Bill.