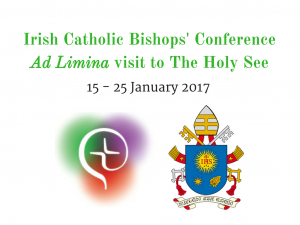 The Archbishop of Tuam has said the Church is endeavouring to “respond positively and constructively to genuine voices calling for a greater recognition of women and the feminine in the Church”.

In his homily for the Ad Limina visit to the Basilica of St Mary Major in Rome, Archbishop Michael Neary suggested that there was something to learn from the way in which the Marian and the Petrine dimensions interrelate and the fact that the Petrine is seen as supportive of and giving expression to the Marian principle.

The first Vatican Council had concentrated largely on the Petrine dimension of the Church.

“To reduce the Church to the mere masculine is to lose what is authentically ecclesial about the nature of the Church. Viewing the Church as a mere organisational or institutional entity not only impoverishes her from within but also severely diminishes her authentic religious appeal and misleads women who are seeking a legitimate and fruitful role,” Dr Neary said.

At the Second Vatican Council, the Chapter on Mary within the Church in Lumen Gentium draws attention to the Marian profile of the Church and its maternal nature, he commented.

“The neglect of the Church’s feminine nature has resulted in unnecessary alienation in some quarters. It is essential that we rediscover the feminine and Marian dimension of the Church,” the Archbishop suggested.

He noted that Hans Urs Von Balthasar insisted that the Church existed in a woman before any man was called to be an apostle.

“In Mary, the Church had already physical existence before it was organised in Peter. So Mary has primacy in a way that no pope, primate or prelate could ever have.”

In an interview in March 2014, Pope Francis, echoing von Balathasar, saw the Marian principle pointing to the feminine nature of the Church whereas the Petrine pointed to the masculine dimension.

Separately, Bishop Fintan Monahan of Killaloe has said that when the bishops met Pope Francis for two hours last Friday, the issue of women in the Church was discussed.

“The role of women in the Church is a much discussed and debated issue not only in Ireland but worldwide. This topic was brought up by a number of the bishops,” he recalled.

According to Bishop Monahan, the newest member of the Irish hierarchy, Pope Francis “emphasised the importance of having women involved in the decision making processes at many levels in the Church.

“He emphasised the scriptural and theological ‘Marian Profile’ or feminine character or charism of the Church. He spoke of St Paul’s vision and image of this and the development of this in the Church documents of the Second Vatican Council.”

However, in relation to the suggestion that women should be ordained, Pope Francis made the point that “while Our Lady was the most important person in the upper room at Pentecost her role did not extend to the celebration of the Eucharist.”