Home > News > Church must seek out all victims of abuse

Church must seek out all victims of abuse 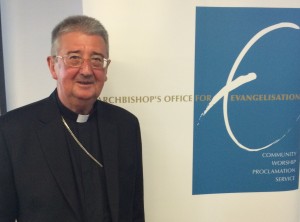 Victims of all abuse in the Church, not just sexual abuse, but “all forms of arrogance or insensitivity within the Church community” should be actively sought out and embraced in healing, Archbishop Diarmuid Martin of Dublin has said.

Speaking in Melbourne at a Catholic Leadership Forum of priests, school principals and archdiocesan agency leaders gathered in the Australian city, the Archbishop said the Church must become a place where people encounter healing rather than blame.

In his address on Pope Francis and Evangelii Gaudium at the ‘Global Perspectives for Local Action: The European Perspective’ conference, Archbishop Martin recalled his recent appeal for a preferential option for those who were the victims of sexual abuse within the Church.

“There is no way in which victims and survivors of sexual abuse in the Church can be healed from a distance or through some sort of outsourced healing process. Healing can come only through being close to them in their woundedness,” he said in a discourse on the Good Shepherd.

“Arrogance and insensitivity and abuse cannot be healed by the nice phrases of spin doctors, but only through a real sense of humility.”

Acknowledging that some might reject such humility as making oneself vulnerable, he suggested “if being vulnerable allows you to come closer to the vulnerable then it will foster healing in a way in which false certainties will not.”

The leader of the Church in Dublin said that the danger for a Church which in many ways is under attack is to close ranks rather than to accept that it is time to go out to those who are anguished and angry or scandalised with the Church and show that the Church is a community which cares for them and for all those on the frontiers of abandonment and poverty.

This included those who are searching for meaning in their lives and who have not received the message of Jesus because “the Church was too focused on itself rather than on the marginalised and wounded.”

Discussing the realities of a changing Church in Ireland, the Archbishop said that in the diocese of Dublin, there are two priests under the age of forty and 44 between the age of 70 and 75.

“And yet there can be more time lost, to use the Pope’s words, over “times and schedules”, over the loss of a ten o’clock Mass, than over the real challenges of faith that we encounter,” he admitted.

He also said young people in Ireland have lost familiarity with the language of faith, despite years of Catholic education.

“It is no longer just that we have not been able to win the hearts of young people for the Church as an institution; we are no longer winning their hearts of Jesus Christ.”

Archbishop Martin suggested that this may not be just a failure in preaching but also a failure in listening.

“There is no clerical monopoly on holiness. Clericalism misses the point of what holiness is about, just as other forms of rivalry and internal bickering in the Church do the same.”

“I am bishop of my entire flock, including those whose spirituality may not be one to which I am particularly attracted”, the Archbishop said as he warned against groups who represent not diversity but exclusivity, whether on the left or the right or in the centre.