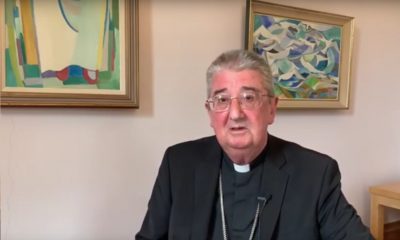 Archbishop Diarmuid Martin of Dublin has said he is “seriously concerned” that many people are underestimating the seriousness of the current situation in relation to Covid-19 in Dublin and other counties.

In a statement on Saturday evening, Dr Martin said the spread of the virus has reached “serious levels” and constituted “a real risk of radically increased infection within the community”. In many cases, the increase in numbers is due to gatherings within households and communities, he said.

This was the reason why public health authorities were stressing the urgent need for people to reduce their number of contacts.

Archbishop Martin said that reducing contacts required a specific effort on the part of everyone and was as important as the need for face masks, social distancing and handwashing.

He underlined that the need to reduce contacts and the size of gatherings was at the root of the requirement to limit public worship and close churches.

While there had been no indication of the virus being spread in worshiping communities, the measures introduced, “no matter how they may sadden us, are appropriate at this time,” he stated.

Referring to the Prefect of the Congregation for Divine Worship and the Discipline of the Sacraments, Cardinal Sarah’s recent letter to the presidents of bishops’ conferences describing the conditions under which celebration of the Eucharist should be restored and “urging a rapid return to normal worship”, Dr Martin said some were using it to suggest that the official line of the Holy See is to object to restrictions.

“This is a very serious distortion of what that document says. The document, as I quoted yesterday, strongly supports the application of restrictive measures and ‘painful decisions even to the point of suspending the participation of the faithful in the celebration of the Eucharist for a long period’, when the need is great.”

On the issue of First Communions and Confirmations, the Archbishop said he understood the disappointment of families who had been ready for the celebration of these sacraments only to find them postponed.

“Unfortunately, they cannot take place during the current period. Places of worship must remain closed except for private prayer as well as for limited attendance at funerals and weddings,” he stressed.

He added that he was worried about parishes taking initiatives to “get First Communions and Confirmations done”.

“I appreciate the pressure that families and schools can bring in parishes. We have to remember that First Communions and Confirmations are sacramental acts and must be celebrated in an appropriate liturgical context and catechetical preparation.”

He added that the idea that sacramental acts have to be done quickly and can be done outside the normal liturgical situation was false.

“There is no urgent need to celebrate these sacraments just because they fit into the school calendar. In many dioceses, celebrations of First Communions have yet to be begin,” he highlighted.

Archbishop Martin warned that some efforts, though well intentioned, “run the risk of reducing the administration of sacramental acts almost to the level of a supermarket in which you can drop in and ‘get the sacrament done’.”

This reduced the Eucharist to a commodity, he criticised.

“First Communion and Confirmation ought to be celebrated through personal participation in a liturgical act.  Indeed, I have been hearing many very favourable comments on the small and intimately prayerful celebrations that have been taking place in most parishes and I am very appreciative of parishes who have arranged this. They show that carefully taking time produces better results than undue haste.”