Archbishop Diarmuid Martin of Dublin has publicly called for an independent judicial inquiry to investigate the treatment of children at the Mother and Baby home in Tuam and elsewhere.

Speaking on RTE Radio 1’s This Week programme on Sunday, the Archbishop said such an inquiry could investigate whether mass burials took place at other mother and baby homes throughout Ireland.

But he underlined, “There is no point in investigating just what happened in Tuam and then next year finding out more.”

He proposed the former CEO of the National Board for Safeguarding Children in the Catholic Church (NBSCCCI), Ian Elliott, as a possible candidate to head up such a commission of investigation and underlined that it should be independent of church and state.

Last week, the Minister for Children and Youth Affairs, Charlie Flanagan, announced a cross-departmental examination for the burial arrangements of children in mother and baby homes.

In his interview, the Primate of Ireland said, “The indications are that if something happened in Tuam, it probably happened in other mother and baby homes around the country.”

“That is why I believe that we need a full bodied investigation. There is no point in investigating just what happened in Tuam and then next year finding out more.”

He added, “The only way we will come out of this particular period of our history is when the truth comes out” and he referred to the archdiocese of Dublin’s experience with the Murphy Commission. 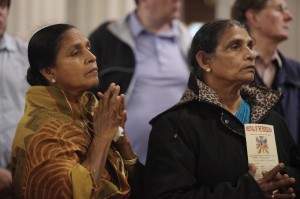 He also warned that the inquiry needed to have full judicial powers, otherwise problems in relation to data protection might arise.

Separately, on Sunday, Archbishop Martin warned that any concept of the unity of humankind must be based on respect for the equal dignity of every man and woman and child in our society.

“Where that understanding of unity and respect for the equal dignity of each person is weakened or overlooked in practice, then division emerges and the dignity of the weakest becomes obscured,” he said.

Speaking at the Pro Cathedral in Dublin for the annual Festival of Peoples, the Archbishop stated that when the Church in any way weakens in the way it shows respects each individual human being, “especially children and those who are weak or ostracised,” the Church “betrays its mission and betrays Jesus himself.”

He told the assembled representatives of the new Irish that the presence of the Spirit is to be seen in how we speak to each other and recognise in each other, with all out differences, that we are truly brothers and sisters and that we share responsibility for each other.

“A Spirit-filled people will always be a people of respect and love and care and support for each other, especially the poorest and the abandoned, the forgotten and those who society considers on its margins,” he said.