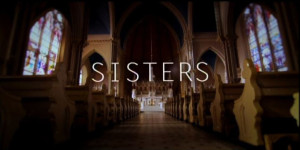 A new documentary made by three-time Emmy winner and Academy Award nominee, Robert Gardner, about five religious Sisters is to get a screening on PBS stations later this autumn.

Sisters was premiered at the at Stockton Campus Center Theatre in New Jersey last week and is currently being shown free to the public on the Leadership Conference of Women Religious’ website.

Two Mercy sisters are featured in a new documentary and a third member of the order, Sr Carol Rittner, spent three years fundraising the $400,000 it cost to make the one-hour programme.

The five women religious who appear in the documentary are Sr Deirdre Mullan RSM, Executive Director of Partnership for Global Justice at the United Nations in New York City and Sr Karen Schneider RSM, a paediatric emergency room physician at Johns Hopkins Hospital in Baltimore.

The Partnership for Global Justice which Deirdre Mullan is involved in is an NGO coalition of 125 congregations, groups, and individuals grounded in gospel values who work in partnership by providing workshops and advocacy training to raise consciousness and awareness for the promotion of the UN Charter.

The three other faces of religious life featured in the film are Sr Melissa Camardo, SCL, a hospital administrator in Denver; Sr Monica Gundler, SC, who works with young people in New Orleans; and Sr Michelle Lesher, SSJ, who works in campus ministry at Chestnut Hill College in Philadelphia.

The Leadership Conference of Women Religious (LCWR) is hosting the programme on its website and it can also be accessed from the VIMEO Channel of its director, Robert Gardner, and his company Gardner Films.

On his website, Sisters is described as “a film about faith, hope, and love seen through the eyes of five women who have committed their lives to the service of others in the deepest way.”

He says it poses questions such as how Sisters experience the presence of God, and embrace this life and its sacrifices? How they react when they fall in love or they experience cruelty and death?

During a career that spans forty years, Robert Gardner has won many important awards in his field. He prioritises production values, even in the most difficult and remote regions of the world from Antarctica to the highlands of Ethiopia. He has tended to explore aspects of science, history, culture and social issues.

His films include My Fellow American which urges concerned Americans to spread the message that Muslims are their ‘fellow Americans’.

He also made a thirteen-hour series examining the decline and fall of the Roman Empire; as well as a two-hour special exploring medieval Spain during that period of history in which Jews, Christians and Muslims lived in relative harmony, until Christian and Muslim extremism brought it to a tragic end through forced conversions and expulsions.

Sisters will be screened on PBS in the near future. Copies of the DVD can be purchased online from Gardner films. Meanwhile it can be seen online courtesy LCWR.