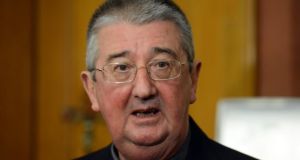 Differences have emerged between Archbishop Diarmuid Martin of Dublin and members of the Association of Catholic Priests over a new review of the Murphy Commission and the Report the Commission produced into the church and state’s handling of allegations of clerical sexual abuse within the archdiocese of Dublin.

The review was carried out by barrister Fergal Sweeney, who served as a judge in Hong Kong for many years, and it was launched by the Association of Catholic Priests at its agm in Athlone on Monday afternoon.

It claims that the Murphy Commission lacked fair procedures, was not impartial in its treatment of priests and exceeded its terms of reference.

The Murphy Commission published its Report in November 2009.

Responding to the publication of the review, Archbishop Diarmuid Martin said in a statement, “One should never overlook the context which gave rise to the establishment of the Murphy Report – that a strikingly large number of children were sexually abused by priests within the Church.”

He continued, “Anyone who loves the Church must be truly saddened by this fact. The children who were abused and their families and dear ones must be uppermost in our minds.”

In his statement, Archbishop Martin also noted that the Murphy Report concerned itself with a representative sample of 46 abuse cases.

He drew attention to the fact that the Diocesan Child Safeguarding and Protection Service, and the civil authorities, have allegations of abuse recorded against 98 priests concerning over 500 children.

However, Fr Sean McDonagh of the Association of Catholic Priests underlined that the Sweeney review was not about “trying to minimise the enormous damage that was done to the children” nor was it about “denying that they were abused and abused very badly. In many ways the authorities in the Catholic Church didn’t handle it very well.”

The Sweeney review does not deal with the actual clerical abusers but the auxiliary bishops and clerics who would have dealt with abuse complaints, the victims of abuse and the priests guilty of paedophilia.

According to Fr McDonagh, the ACP wants to highlight that there is no provision in the 2004 Commissions of Investigation Act to allow a person, whose reputation is at stake, to call a witness and bring in council to help them challenge or rebut an allegation.

For this reason he describes the Act as flawed. He warned that this model of inquiry should not be used for a banking inquiry.

“I suspect that lawyers might have to look at the constitutionality of not allowing people the right to defend their good name under Article No 43 of the Irish Constitution,” Fr McDonagh said.

However, Archbishop Diarmuid Martin said in his statement that every bishop or priest of the archdiocese of Dublin who engaged with the Murphy Commission was offered legal assistance for preparation, during their engagement, or when verifying drafts submitted to the Commission for factual accuracy.

He added, “To my knowledge the Commission had no objection to priests or diocesan officials always being accompanied by their lawyers in their engagements with it. Any person who had a difficulty with the fairness of procedure adopted by the Commission had the right to challenge those procedures by way of a judicial review in the High Court.”

The Sweeney review concludes that the three-member Murphy Commission may not have been even-handed in its treatment of the priests compared to how it treated members of the Gardaí and the psychiatric and counselling professions.

It claims that the Murphy Commission went beyond its remit which was to examine institutional responses to allegations of clerical abuse. Instead it assessed, named, blamed and shamed clerics, though it rarely named other professionals.

It highlights that badly worded phrasing in the Mruphy Report (1.24) could have given rise to an incorrect interpretation that the vast majority of priests of the archdiocese of Dublin were aware of abuse and “simply chose to turn a blind eye”.

The Sweeney review also accuses the Murphy Report of failing “spectacularly” to recognise the ‘learning curve’ on paedophilia within the church, while recognising the importance of that learning curve in the case of all other category of witnesses.

However, survivor of abuse, Marie Collins, who was the victim of a Dublin priest, responded, “Advice received by psychiatrists or ignorance of the effects of such abuse is absolutely no defence for not reporting a crime to the civil authorities or for allowing such a perpetrator to have continued access to children.”

The Dublin Archdiocese Commission of Investigation was chaired by Judge Yvonne Murphy with the assistance of two others and became known as the ‘Murphy Commission’. The Commission was appointed by the then Minister for Justice, Equality and Law Reform, Michael McDowell, on 28 March 2006. The final Report they produced was in two parts and totalled 814 pages. It was made public in November 2009.