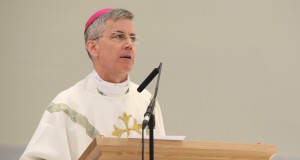 The Association of Catholic Priests in Ireland has strongly criticised the selection process employed by the papal nuncio to choose potential new bishops for the Irish Church.

In a statement issued on Friday, the ACP, which represents over 1,000 Irish priests, said the manner in which bishops were being selected lacked “any credible process of consultation” and candidates drawn from a particular mindset were preferred.

The group also stressed that this process resulted in candidates who are “out of sync with the realities of life in Ireland today and uncomfortable with the openness of Pope Francis to change and reform the Church”.

At the ACP’s AGM last year a resolution was passed which expressed “grave disquiet” at some of the policies presently being pursued in relation to the appointment of bishops in Ireland.

The resolution cited the lack of any credible process of consultation; the preference in the main for candidates drawn from a particular mind-set; and the apparently haphazard policy of appointments to distant dioceses that pays little regard to the traditions and heritage of a diocese.

According to the ACP, a recent meeting of the Association’s leadership discussed the ongoing concern of members, and their regret that the Papal Nuncio, Archbishop Charles Brown, refuses to meet them.

They questioned this refusal in the context of the “compelling concern” not just to the ACP’s own membership but to the vast majority of Irish priests.

In less than five years since his appointment in November 2011, Archbishop Brown has played a central role in the appointment of ten bishops – Ardagh and Clonmacnoise, Cashel, Cloyne, Derry, Elphin, Kerry, Kildare, Killaloe, Limerick and Waterford.

He is at present in the process of appointing six more: Clonfert, Cork, Galway, Meath, Ossory and Raphoe. That’s 16 (or 60%) of the 26 dioceses in Ireland.

The ACP said that it believes that, “at this most critical juncture for the Catholic Church in Ireland, the policies being pursued by Archbishop Browne in the choice of bishops are, in the main, inadequate to the needs of our time, at odds with the expectations of people and priests and out of sync with the new church dispensation, ushered in by the election of Pope Francis over three years ago and the changed perspective of his renewed commitment to the spirit of the Second Vatican Council”.

While the ACP said it is reluctant to call for Archbishop Brown’s removal as Apostolic Nuncio, they noted that he had been appointed as part of Rome’s response to the problems of the Irish Church as indicated by the report of the Apostolic Investigation.

“That report and the Vatican response to it was widely interpreted as an opportunity of disciplining the Irish Church but its attitude and values are now clearly out of tune with a Church regaining confidence and credibility under the watch of Pope Francis,” the group said.

The ACP statement said the appointment of ‘Francis’ bishops was a vital building block in the reconstruction, even possibly survival of the Catholic Church in Ireland.

“All involved in the appointment of bishops in Ireland, including Archbishop Brown, need to honour the new dispensation, otherwise bishops will become part of the problem, rather than part of the solution.”

Speaking to catholicireland.net, Fr Brendan Hoban of the ACP said the group’s difficulty was not with style but with substance.

“Traditionally priests have been sceptical about the consultation, seeing it as little more than a PR exercise but now with priests are now consistently appointed to dioceses where priests have never heard of them before, whatever consultation that existed has once again been diluted,” he warned.

The ACP spokesman said priests in Ireland, and not just ACP members, have lost confidence in the process of electing bishops.

He stressed, “This is not intended as a criticism of individual bishops who are all good men who have made and are making their contribution to the Church. Our point is that in the given critical circumstances of our time, leadership in the Catholic Church in Ireland demands a bishop with very different gifts.”

He added that candidates aware of the complex realities of Irish Catholic life today and who have an understanding and openness to our changing culture as well as a vision and an energy to deliver what Pope Francis is signposting – a Church modelled on the spirit of Vatican Two – are notable by their absence.