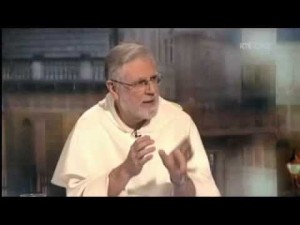 An appeal by the Association of Catholic Priests to the Irish bishops calling on them to back a married as well as a celibate priesthood has been criticised by a leading catholic publisher.

In a statement on Tuesday evening, the priests’ association, which has over 1,000 Irish priest members, warned that there was a need for a “realistic and planned response” to the present crisis in vocations.

The group said it believes the problem of fewer and older priests in the developed world can be resolved by ending compulsory celibacy; ordaining suitable married men; inviting priests who left the active ministry to get married to return to ministry; and ordaining women to the Permanent Diaconate.

In their statement, the ACP said it was clear from the statistics now available that in ten to fifteen years, “the steep decline in the number of priests will provoke a Eucharistic famine in Ireland.”

According to the ACP, “expectation of change in the re-imaging of priesthood, not least in the celibacy requirement, is growing”.

They suggest that Pope Francis has signalled the possibility of change in his recent interview with Brazilian Bishop Erwin Kräutler and the growing expectation is that the Brazilian bishops will adopt the Pope’s suggestion of making a direct approach to Rome as a bishops’ conference.

The ACP also highlights that Cardinal Pietro Parolin, the Vatican Secretary of State, has on a number of occasions “has pointedly indicated that celibacy is not a church dogma and it can be discussed because it is a church tradition”.

They also highlight the contribution made by almost 400 married Catholic priests (most of whom have converted from Anglicanism) currently to the Catholic Church in England.

However, the editor of Alive newspaper, Fr Brian McKevitt, hit back at the ACP suggesting that the Association might be contributing to the vocations crisis.

Fr McKevitt described the priests’ association as “a bunch of ageing, disillusioned priests who seem to be always whinging about what they see as the failings of the church”.

Criticising the ACP for its “apparent obsession with ending celibacy and ordaining married men,” he said the group’s stance reflects “a narrow, world-conformist axe-grinding that misses the point”.

The vocations crisis in the Church is far greater than the ACP seems to realise, he said and highlighted that an estimated 80% of the world’s population has never even heard of Christ or his Gospel.

“Where is the ACP’s passion about the need to bring the Gospel to billions of people,” he asked.

The Dominican suggested that what the Irish Church needs is a new awakening of faith and a new missionary zeal. He said if these were re-found, vocations would follow.

“But how many young people are going to be inspired to give their lives to Christ by a bunch of ageing, disillusioned priests who seem to be always whinging about what they see as the failings of the Church?”, he criticised.

Fr McKevitt suggested that the dearth of vocations is linked to missionaries who “themselves lost faith in their vocation and lost sight of their central task: proclaiming Christ.”

The Irish Dominicans ordained three men to the priesthood this summer and over the past five years have seen up to 13 men join the order.

Separately, a spokesman for the Irish bishops said the hierarchy is focused on the Year of Consecrated Life which will be launched later this year.