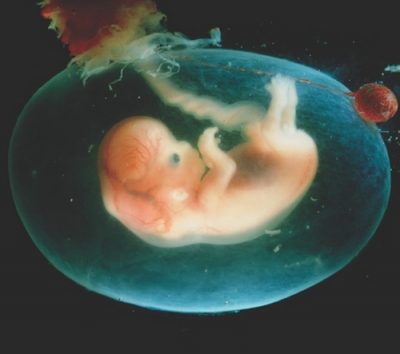 Laws promoting the direct and intentional taking of human life are “gravely wrong” and can never be justified, said the Catholic bishops in a statement at the conclusion of their Winter Meeting.

Such laws had “no moral force” and could be resisted, they said.

Their comments came as the Regulation of Termination of Pregnancy Bill, aimed at introducing abortion in Ireland in early 2019, passed through the Dáil on Thursday night.

The bill now proceeds to the Seanad for debate. The House sat until midnight debating the bill. Ultimately, the legislation passed by 90 votes to 15, with 12 abstentions.

TDs had tabled 60 amendments to the legislation (see catholicrireland.net), but in the end few other than government-backed amendments made it through – like a decision to review the legislation after three years, rather than five, and allowing two doctors to assess a woman in early pregnancy.

Amendments tabled seeking prohibition on abortion on gender or disability grounds, the administration of pain relief to unborn babies, the dignified treatment of foetal remains and placing restrictions on taxpayer funding of abortions were all defeated.

While the legislation does allow for conscientious objection, it puts the onus on objectors to refer a pregnant woman on to another doctor, making “such arrangements for the transfer of care of the pregnant woman concerned as may be necessary to enable the woman to avail of the termination of pregnancy concerned”.

Speaking in the Dáil, former Sinn Féin TD Peadar Tóibín said abortion services were being imposed on GPs, and hundreds of them did not believe general practice was the appropriate setting to lead these services.

Complaining that doctors, nurses and pharmacists concerned about the proposals were denied a consultation with Minister Harris, he said there were “a large number of healthcare professionals who will not implement this as laid out. They will refuse to implement it.”

In a statement at the conclusion of their Winter General Meeting, the Irish Catholic Bishops said that laws promoting the direct and intentional taking of human life were “gravely wrong”, had “no moral force” and could be resisted.

The right to life was not given by the Constitution, but was an innate right, they said. “All human beings have it. The direct and intentional taking of human life at any stage is gravely wrong and can never be justified. Women’s lives, and the lives of their unborn children, are precious, valued and always deserving of protection. Any law which suggests otherwise would have no moral force. In good conscience it cannot be supported and would have to be resisted.”

The bishops offered their solidarity with those dedicated to protection of human life at all stages. We ask everyone of goodwill – whether at home, in parish, in school or at work – to continue to choose and to celebrate the preciousness of life.”