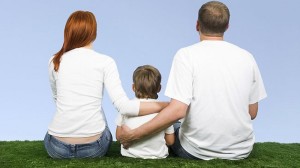 A new opinion poll conducted by Amárach Research on behalf of the Iona Institute has found that the vast majority of Irish people believe that when a child is being placed for adoption, it is best to place the child with a man and a woman.

91% of respondents of those polled said this was their first preference as the best to place situation for a child to be adopted into.

The finding suggests the new Children and Family Relationships Bill is at odds with the opinion of the vast majority of Irish people.

The question put to respondents was: When a child is available for adoption, who is it best to place the child with? (rank in order of preference, 1 for ‘best’ and ‘5’ for least best)

These options were rotated.

Ninety-one percent of respondents said their first preference is a man and a woman.

The second preference was a woman on her own, followed by two women, then a man on his own, and finally by two men.

According to the Iona Institute, the poll makes absolutely clear that the overwhelming choice for Irish people when a child is being placed for adoption is for that child to be placed with a man and a woman.

This does not exclude other options, but it means they believe there should be an order of preference, and the preference is very clear.

Commenting on the poll, Iona Institute Director, David Quinn said, “The poll shows that what Irish people want in respect of our adoption law, and what the Children and Family Relationships Bill will bring about, are completely at variance.”

“No preference for placing a child with a mother and a father is to be found in the Bill. No assumption is made that it is in a child’s best interests to be placed with a mother and father when he or she is being placed for adoption”.

He continued, “There will be circumstances when the preference for motherhood and fatherhood could be set aside in the case of a particular child, but good reasons should always be offered for doing this. However, the philosophy behind the Bill is that there is no advantage, all other things being equal, in placing a child with a man and a woman above two men or two women.”

The Iona Institute question was asked as part of a monthly omnibus survey by Amárach Research comprising an online sample of 1,000 adults aged 16 and over, weighted to represent the total adult population.

Separately, writing in the Irish Independent, David Quinn has questioned how the Government and those who support the new Children and Family Relationships Bill can claim that the bill is pro child.

In his weekly column, he claims that what Taoiseach Enda Kenny, Justice Minister Frances Fitzgerald, Children’s Minister James Reilly, Health Minister Leo Varadkar, Fianna Fáil leader Micheál Martin and virtually every other politician in the Oireachtas are saying is that it is ‘pro-child’ to “facilitate the wishes of single men, single women or same-sex couples to use Assisted Human Reproduction to create children who will be deliberately raised without either a mother or a father as the case may be”.

He said the Government will claim all this is happening anyway and they are simply regulating it and creating parenting rights for all concerned, which benefits the children.

“But the Government (and the Opposition) could follow a completely different approach,” he warned and cited Germany or Italy, where only allow male/female couples are permitted to use IVF and other forms of AHR because only a man and a woman together can provide a child with a mother and a father.

Both countries also ban surrogacy in all its forms. Germany, in addition, bans egg donation and permits only married couples to use AHR, in the interests of children.

“Our Government instead backs an extremely radical approach to the issue, one that says there is no special value in a child having a loving mother and father and therefore it is alright to use IVF to deliberately rob a child of one or the other,” David Quinn stated.

He added that much the same thing is happening with regard to the planned change to our adoption law.

“This, too, destroys the preference for motherhood and fatherhood that should be at the centre of adoption policy.”

“By giving a same-sex couple the same adoption rights as a married man and woman, the Government and opposition are once again declaring that they see no special value in a child having the love of both a mother and a father.”

He concludes his article by warning that that by signing up to the ‘Modern Family’ and the ‘New Normal’ view of the family, legislators have downgraded the importance of the natural family and replaced the notion of motherhood and fatherhood with “a de-gendered notion of ‘parenthood'”.

“Children in decades to come will wonder how we convinced ourselves this was the right thing to do. We will stand indicted once again,” he warns.