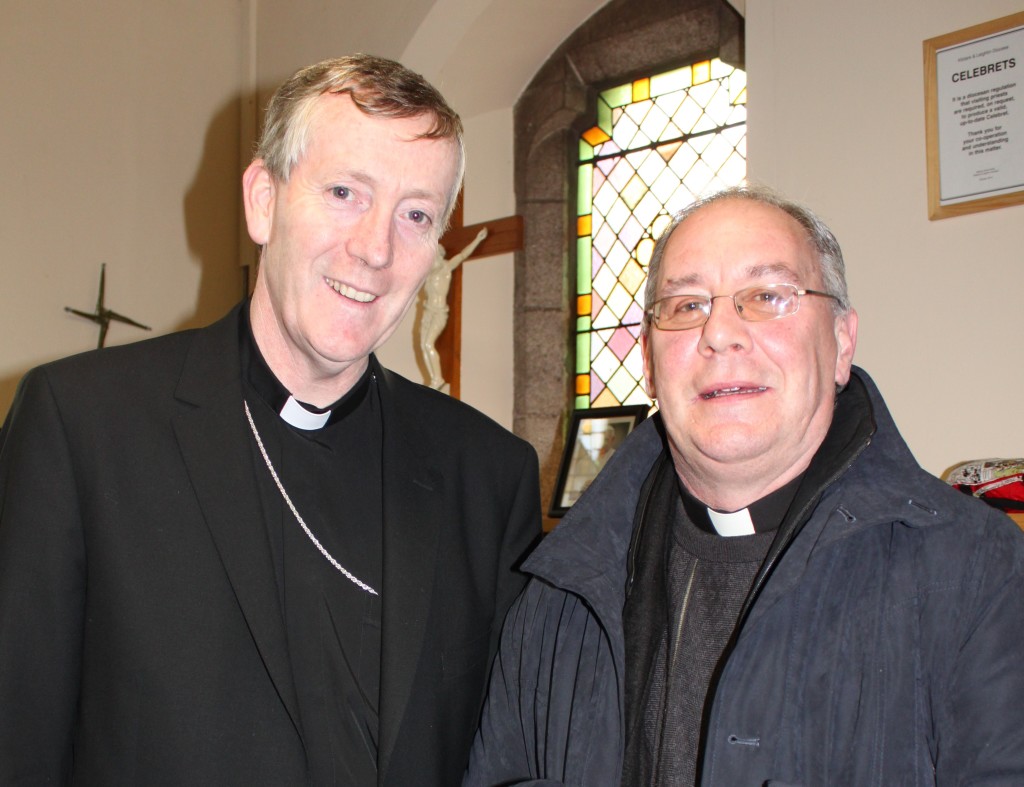 Many parishes in Ireland have lost a sense of confession, the Bishop of Kildare and Leighlin has said.

Speaking as he launched ’24 Hours for the Lord’ in St Andrew’s in Bagnelstown, Bishop Denis Nulty said the global church initiative was an attempt by Pope Francis and the Pontifical Council for Evangelisation to get people to look again at confession and at the mercy and forgiveness of God.

But he admitted that “in the Church we need to look at how confession is celebrated and how it is offered to people.”

“The old days of having confession from 2 to 4 on a Saturday afternoon doesn’t work. We need to offer the sacrament where people are at and at times that are more convenient to them,” he said.

He told CatholicIreland.net that he was “delighted” to facilitate the ’24 Hours for the Lord’ initiative in Bagnelstown which ran from 5pm on Friday until 5pm on Saturday afternoon. “As you know other bishops and parishes are doing it all over the country,” he said.

He said initiative was about re-visioning confession. Quoting Pope Francis, the Bishop said, “no one should think that this invitation is not meant for him or her”.

Noting that every Pope is known for a phrase, Bishop Nulty said with John Paul II it was ‘be not afraid’; with Benedict XVI it was ‘faith and reason’; and with Pope Francis it is very much the mercy of God and the forgiveness of God and the love of God for all of us.

Speaking to CatholicIreland.net, Bishop Nulty said people need to see confession as something that can make their lives whole again. He said there was also a community dimension to the initiative for those feeling alone.

“There are many people who are very lonely in life, who tonight will realise that the lights are on in Bagnelstown church and that they can come down and say a prayer.”

“Those people will see that the church doors are open all night and there is a priest there to hear their story. Whatever baggage, wound or healing needs to be done in their life – that is available to them this evening,” he explained.

From midnight to 1am, Bishop Nulty sat hearing confessions in the church.

A rota was organised among the priests of the parish to hear confessions and when they were not offering the sacrament of reconciliation, they were hosting periods of Eucharistic adoration and quiet prayer.

At Bagnelstown, gone were the dark confession boxes as priests and the bishop sat quietly in pews of the church.

Launching the initiative on Friday afternoon, Bishop Nulty led prayers of reflection before the Blessed Sacrament and urged over 100 people to reflect on the parable of the lost coin. “Tell the lord of your loss this Friday evening,” he said.

He also invited them to “fast from bitterness and feast on forgiveness and the sunlight of serenity.”

Ahead of the commencement of the 24 hours, Bishop Nulty urged the Irish faithful to think again before they lift the telephone to unburden themselves to a radio programme and instead consider going to confession.

He told CatholicIreland.net that many people are “dragged” into telling their story on air to radio programmes.

But he said the sacrament of confession is sacred and what is said to the priest is absolutely confidential.

“There is an awful lot to be said for that. They leave the baggage or issue behind them and they have moved into a new period of grace.”

The Bishop of Kildare and Leighlin said he was “shocked” by suggestions last year that priests would be required by the law to break the seal of confession and reveal what had been confessed to them.

“To me it is so sacred. I was shocked myself that there was even a conversation around it. The seal of confession is something that is respected the world over.”

He paid tribute to all the parishes around the country hosting the 24 Hours for the Lord. “It is a powerful statement of where we are at in the Church,” he said.

In Bagnelstown, he explained that he hadn’t asked the parish to host it, the parish had offered and a team of lay people were looking after refreshments as well.

“It is not just about prayer; it is social as well. Remember the loneliness of many people and their fear of the darkness of the night. This is the Church saying we’re open; we’re alive; the candle is lit – come in.”