Summary : St Venantius Fortunatus is famous as the composer of Christian Latin hymns, such as Vexilla Regis Prodeunt (“The royal banners forward go”) which have become part of the perennial Latin liturgical tradition. He lso had the reputation of having the gift of being a great troubadour. As a well-connected Christian gentleman, he provided security for Queen Radegund, Abbess Agnes and the nuns of Holy Cross Convent in Poitiers. In his later years he was elected bishop of Poitiers.

A student at Ravenna 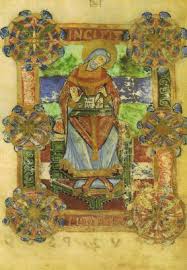 Venantius was born near Treviso, north of Venice, and was educated in law, logic and rhetoric at Ravenna, then Italy’s main city and a centre of Christian development. He almost lost his sight, but recovered through rubbing his eyes with oil from a lamp burning before an image of St Martin of Tours. In thanksgiving he went to visit the shrine of St Martin at Tours and was well-received in the great houses along the way. He repaid the hospitality he received with poems in praise of his hosts. 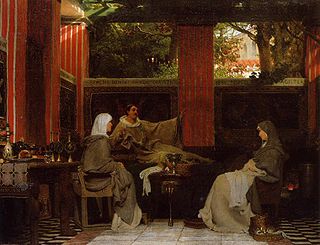 Not wanting to return to Italy, then war-torn by the invading Lombards, Venantius was fortunate (is that the origin of his second name?) in meeting with Queen Radegund, who was sheltering in the Holy Cross Monastery at Poitiers after her husband Clotaire had murdered her brother. The abbess and the queen both thought this civilised poet would make a good chaplain.

So he was ordained a priest and moved in! The convent was comfortable: Radegund became a “mother” to him and the Abbess Agnes a “sister”. Since Venantius had become familiar with the high officials of Church and State, his presence provided security for the monastery and its 200 nuns. He was deferential to the local bishop, Gregory of Tours, and wrote poems for public occasions.

His writings
In 567 the emperor Justinian II sent a relic of the true cross to Holy Cross Monastery. Venantius composed the great hymn Vexilla regis prodeunt (“The royal banners forward go”) to celebrate the occasion. This was used in the liturgy of Passiontide and in celebrations of the Exaltation of the Holy Cross. He also composed Pange lingua gloriosi lauream certaminis (“Sing, my tongue, the glorious battle”) which with its versicles of Crux fidelis (“Faithful cross”) and Dulce lignum (“Sweet wood”) has been sung in the Good Friday liturgy for centuries. Another beautiful hymn he composed is used for the Easter liturgy, Salve festa dies (“Hail festive day”). Among his other writings were prose and verse Lives of Saints.