Summary:St Oswald  There are two saints called Oswald in England: one was a king, the other a monk. The saintly king lived in the 7th century in Northumbria: he brought St Aidan to Lindisfarne and his feast is on 5th August. The other was a monk, of danish origin, lived in the 10th century and became bishop of Worcester, and later archbishop of York; his feast is on 28th February.

It is about the latter that Patrick Duffy writes here.

A  monk of Danish family 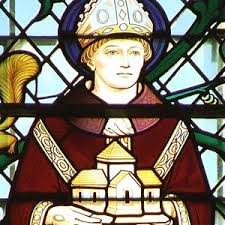 Oswald,  Bishop of Worcester, was of a Danish family and was brought up by his uncle Oda, who sent him to the Benedictine abbey of Fleury-sur-Loire to become a monk.

Founding monasteries
Oswald founded a number of monasteries at Westbury-on-Trym (near Bristol), at Ramsey (in Cambridgeshire) in collaboration with Ethelwold, bishop of Winchester and Pershore and Evesham (in Worcestershire). He also succeeded in gradually changing the cathedral chapter in Worcester from priests to monks, supposedly because the clergy would not give up their wives. 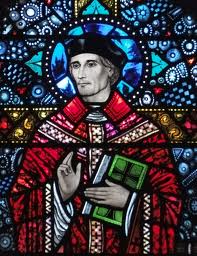 Death and memory
But Oswald also held on to the diocese of Worcester, presiding over both dioceses. And it was at Worcester that on 29th February 992 he died, while he was washing the feet of the poor, a practice that had become his daily custom during Lent. He was buried in the Church of St Mary at Worcester. His feast is celebrated on 28th February. He is closely associated with other monks who became bishops – like St Dunstan (909-988) and St Ethelwold (908-984) – in restoring monasticism in England.