Summary of St Lawrence of Brindisi, Priest, Doctor of the Church Born at Brindisi (Italy) in 1559; died at Lisbon (Portugal) on this day in 1619. A presbyter in the Capuchin order and later its minister general. A noted biblical scholar and linguist, charged with preaching to Lutherans. He organised Christian princes against the incursions of the Ottomans. Noted for his zealous teaching and promotion of the Catholic reform that followed the Council of Trent. 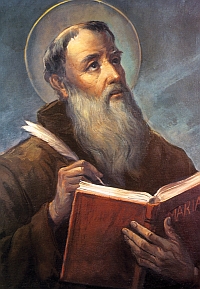 Lawrence of Brindisi was a gifted linguist. He was also a brave Capuchin priest who played an important part in promoting the Catholic faith in the late 16th and early 17th centuries.

Patrick Duffy tells some of what is known about him.

Linguist and Evangeliser
Born Julius Caesar Rossi in Brindisi in Apulia, south-east Italy, into a family of Venetian merchants, his father died when he was twelve. He was educated at Saint Mark’s College in Venice. At sixteen he joined the Capuchins in Verona as Brother Lawrence, studied at the University of Padua, and became an accomplished linguist, speaking most European and Semitic languages fluently.

Definitor-General for the Capuchins
Lawrence was appointed definitor-general for the Capuchins in Rome in 1596; Pope Clement VIII assigned him the task of converting the Jews in the city. He was so fluent in Hebrew that many rabbis thought he had been a Jew who converted to Christianity. In 1599, he was sent to establish Capuchin monasteries in Germany and Austria, and converted many Protestants to the Catholic faith. 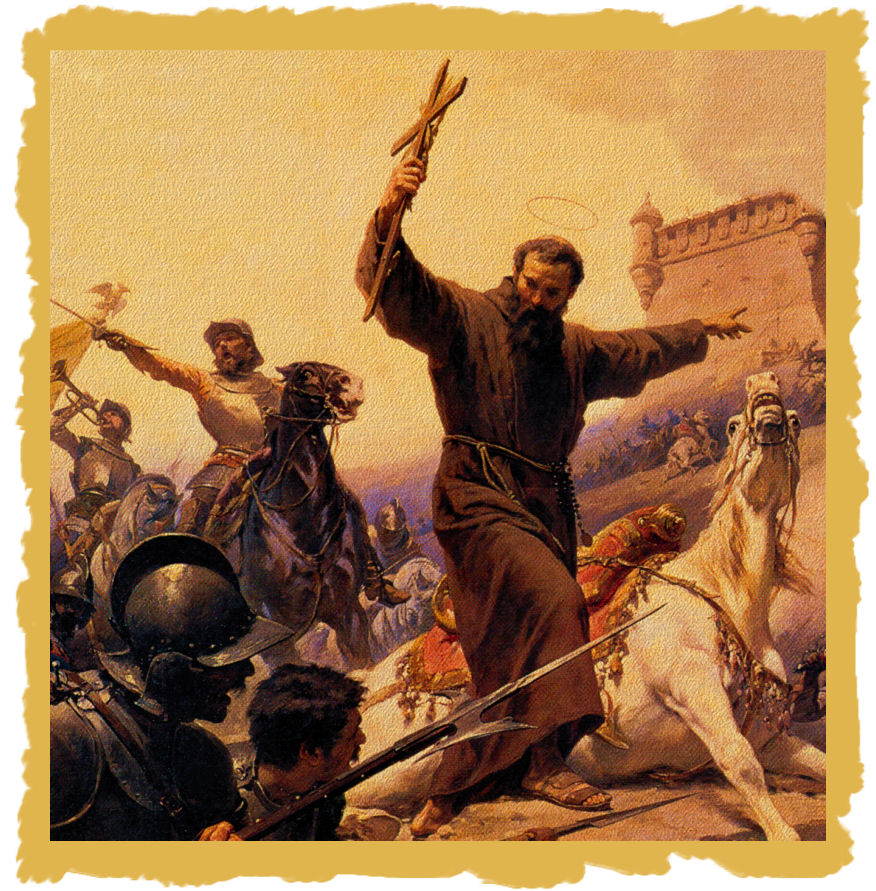 Led army against the Turks
In 1601, Lawrence was the imperial chaplain for the army of Rudolph II, Holy Roman Emperor, and successfully recruited Philippe Emmanuel, Duke of Mercoeur, to help fight against the Ottoman Turks. He then led the army during the capture of Székesfehérvár from the Ottoman Empire, armed only with a crucifix.

Death in Lisbon
An effort to achieve peace for kingdom of Naples took him off again on a journey to Lisbon to visit the king of Spain, but here he contracted a serious illness and died in 1619.

Influence
Lawrence was beatified in 1783 by Pope Pius VI, canonized in 1881 by Pope Leo XIII. In 1956 the Capuchins completed a 15-volume edition of his writings and sermons.

In 1959  Pope John XXIII declared him a doctor of the church.