May 1 – St Joseph the Worker

Summary of St Joseph the Worker: This commemoration, instituted by Pius XII in 1955, proposes the example and intercession of Joseph as worker and provider. On this date many countries celebrate the dignity and cause of human labour 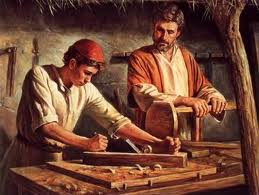 Patrick Duffy outlines elements of the papal social encyclicals that led up to and followed on from the introduction of that feast.

It was in 1955, at a time when Communism was becoming strong in Italian political life, Pope Pius XII introduced the feast of St Joseph the Worker into the liturgical calendar.

An ideological feast?
Liturgical purists may be inclined to question this day in honour of St Joseph the Worker: they see it as “an ideological feast” brought into the liturgical calendar in 1955 by Pope Pius XII apparently as a counterweight to the socialist and communist celebration of Labour Day on 1 May. Another perspective, however, is that the institution of the feast fits in well with the developing awareness in the social teaching of the Church from Rerum novarum of Pope Leo XIII to Laborem exercens of Pope John II on the dignity of human work and its creative role in the development of the human person.

Rerum novarum (1891)
In the encyclical Rerum novarum (1891), Pope Leo XIII raised a cry of protest against the harsh conditions which industrial workers had to endure and against their exploitation. This was a rejection of the prevailing ‘realism’ which held that labour was a commodity to be bought at market prices determined by the law of supply and demand rather than by the human needs of the worker. Pope Leo’s position was that the State was not the instrument of the richer class, but a neutral arbiter, that it had a duty to protect the poor from abuse and exploitation. Leo also advocated that as many workers as possible should become owners of property and that workers had the right to form protective associations. With Leo the Church was first seen to take a stand on behalf of the poor.

Quadragesimo anno (1931)
Forty years later in Quadragesimo anno (1931) Pope Pius XI looked not only at the unjust conditions of workers, but also made an analysis of the socio-economic order to focus on the causes of injustice and poverty. He pointed out the need not only for ‘an improvement of conduct’ ( = moral change) but also for ‘a reform of social institutions’ ( = structural change) (QA 77). Further, in an encyclical called Firmissimum (1937) dealing with the situation of Catholics in Mexico, he even indicated in some circumstances that the possibility of an active resistance to civil authorities (= legitimate rebellion) could be considered (par 35). 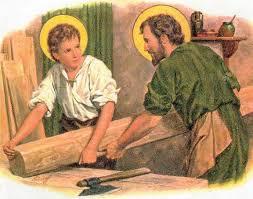 Pope John XXIII in his encyclical Mater et magistra (1961) showed optimism in the way he spoke about the dignity and creative value of human work:

‘Work, which is the immediate expression of a human personality, must always be rated higher than the possession of external goods, which of their very nature are merely instrumental.’ This view of work is certainly an indication of an advance that has been made in our civilization (MM 107).

And about farm work:

‘In the work on the farm the human personality finds every incentive for self-expression, self-development and spiritual growth. It is a work, therefore, which should be thought of as a vocation, a God-given mission, an answer to God’s call to actuate his providential, saving plan in history. It should be thought of, finally, as a noble task, undertaken with a view to raising oneself and others to a higher degree of civilization’ (MM 149).

Gaudium et spes (1965)
This positive estimation of human activity was reinforced by Vatican II’s Constitution on the Church in the Modern World Gaudium et spes      (1965):

‘When men and women provide for themselves and their families in such a way as to be of service to the community as well, they can rightly look upon their work as a prolongation of the work of the creator, a service to their fellow men, and their personal contribution to the fulfilment of the divine plan.’ (GS 34)

Laborem exercens (1981) and ‘the indirect employer’
This positive evaluation of human work is more fully developed by Pope John Paul II in the opening chapters of his encyclical Laborem exercens  (1981) .  But quite early on John Paul II insists that ‘the basis for determining the value of human work is not primarily the kind of work being done but the fact that the one who is doing it is a person’ (LE 6).

Besides, to assist in a structural analysis of the injustice to workers in the global economy, the pope introduces the concept of the ‘indirect’ employer. This he defines as the ‘many different factors, other than the direct employer, that exercise a determining influence on shaping both of the work contract and, consequently, of just or unjust relationships in the field of human labour’.

These would include the State and public departments that make decisions, employers’ associations, trade unions, farmers’ organisations, and not just within one particular State, but also in links between States, like the EU, and in transnational companies. So, for example, farming agencies in Western countries can put pressure on their governments to protect their interests by restricting the entry of beef from Botswana or Argentina. 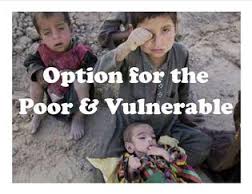 Preferential option for the poor
This teaching about ‘the indirect employer’ helps us understand that whole peoples can suffer an impoverishment as a result of unjust political and economic structures and why Church leaders, especially from Latin America, have used the phrase “preferential option for the poor” as indicating the way to structural justice, both for workers and for the unemployed.