Summary of Saint John of Dukla: a Polish Franciscan who worked among Catholics in the Ukraine is one of 339 saints canonised by Pope John Paul II. 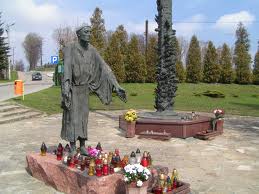 Patrick Duffy summarises what is known of his life.

Early life
John was born in Dukla, in south-eastern Poland, in 1414. He joined the Conventual Franciscans and attended the theology faculty that Queen Hedwig had founded at Krakow. After ordination he went to preach the gospel in the city of Lviv (also called Lemberg and Lvov) in the Ukraine as well as in Moldavia and Belerus.

Work among Catholics in the Ukraine

John earned fame as a wise preacher and zealous confessor and was was appointed local superior at Lviv. Under the influence of St John of Capistrano, he may have joined the Observants at a time when efforts were being made to unite the two branches – Conventuals and Observants – of the Franciscans. 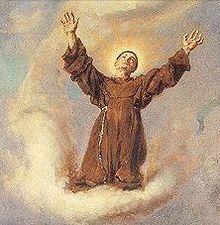 John’s life was characterized by poverty, obedience, asceticism, and devotion to Our Lady. He constantly sought to reconcile schismatics to the Church. Although he went blind when he was seventy, he continued to preach and brought many back to the Church. He died in Lviv in 1484. Pope Clement XII (Lorenzo Corsini, 1730-40) beatified him in 1733.

Canonisation
On 9 June 1997, Pope John Paul visited the shrine of St John of Dukla at Dukla and the following day canonised him during Mass at Krosno, Poland, before about a million people.