Summary: St John Fisher: scholar and a man of simple life, was both chancellor of Cambridge University and bishop of Rochester. For refusing to recognise King Henry VIII as supreme head of the Church in England, he was found guilty of treason, and executed.

A scholar, churchman and advisor to royalty 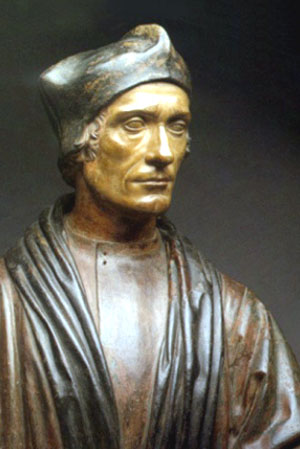 Born in Beverley, Yorkshire in 1469, the son of a wool-merchant, he went to university at Cambridge where he graduated and was ordained priest in 1491. He became chaplain to Lady Margaret Beaufort, mother of King Henry VII, who helped him re-endow and reform Cambridge. He was a scholar and man of simple, austere life and prayer; his only pleasure was collecting books.

Aware of the need for education
Realising the need for better education, especially of the clergy, John Fisher brought the famous Erasmus of Rotterdam to Cambridge as professor of Divinity and Greek. In 1504 Fisher was appointed both as chancellor of the University and as bishop of Rochester. His reputation as a preacher earned him the honour of being the chosen preacher at the funerals of Lady Margaret Beaufort and her son King Henry VII. At 47, he began the serious study of Greek and Hebrew.

Bishop of Rochester
Rochester was a poor English diocese and for the next thirty-one years John devoted the same care to it as he had devoted to the promotion of education in the university. He was opposed to Lutheran ideas and wrote vigorously against them. He may have had a part in the writing of Henry VIII’s Defence of the seven sacraments against Martin Luther, for which the Pope gave him the title, “defender of the faith”, still used by kings and queens of England.

Against Henry’s repudiation of his wife Catherine of Arragon
However, when Henry VIII sought to repudiate his wife, Catherine of Aragon, Fisher argued vigorously against it and against the king’s subsequent attempts to make himself head of the Church of England. 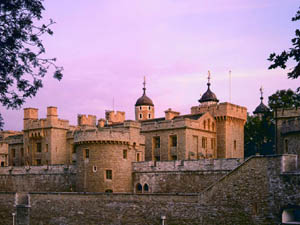 The Tower of London where St. John Fisher was imprisoned

Imprisoned in the Tower
On 16 April, 1534 Henry had Fisher imprisoned in the Tower of London together with Sir Thomas More. Both had refused to take the Oath of Succession acknowledging the children of Henry VIII and Anne Boleyn as legitimate heirs to the throne. While in prison awaiting trial, he was made a cardinal.

Trial and execution
Fisher’s trial took place in Westminster Hall on June 17th 1535. He was found guilty of treason because he would not acknowledge the King as Supreme Head of the Church in England. Five days later when called to his execution, he put on his best clothes and, though weak, walked to the scaffold where he told the crowd: “Christian people, I am come here to die for the faith of Christ’s Holy Catholic Church.”His head was impaled on London Bridge until fourteen days later it was removed to make way for that of Thomas More.

Canonisation
In 1935 he was canonised in St Peter’s Basilica in Rome. His Feast Day is on June 22nd together with that of his companion martyr, St Thomas More.