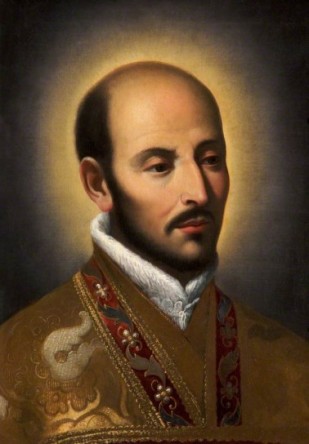 When I was a senior in college, I read an article in The Saturday Evening Post entitled, ‘The Jesuits: The Pope’s Commandos’. Beneath the full-page photo of a scowling Father John Baptist Janssens, then Superior General of the Society of Jesus, was the caption, The Black Pope: ‘He owes obedience to no man on earth, save the Pope’.

Men of God and the world
Despite the sensationalism and half-truths that filled the article, the author made a fascinating observation: ‘Ignatius and his companions were men obsessed with God, but they used the entire world as their prie-dieu.’ ‘Nothing secular was foreign to them in their praise and service to God.’ So writes Fr. Harvey D. Egan SJ in his Ignatius Loyola the Mystic.

What was Ignatius really like? Born in 1491, he died in 1556. He was a converted courtier and soldier. Pamplona shattered his military ambitions in 1521; Manresa ushered in his mystical life a year later.

The Pilgrim
In 1540, he got Pope Paul III’s approval for the Jesuit Order, the Society of Jesus. Ignatius is often portrayed as a ‘soldier saint’, disciplined and dedicated, his chivalrous and burning ambition focused on Jesus. In his autobiography, he describes himself quite differently as ‘the Pilgrim‘.

Followers of Ignatius
The popular notion of Jesuits is that of men highly educated, disciplined and dedicated to God’s cause anywhere in the world. They are pictured as Vatican shock-troops, ready to bend any means for the greater glory of God. Some accuse them of ruthlessness. In reality they see themselves as followers of St. Ignatius, pilgrims with others on their pilgrimage of life. 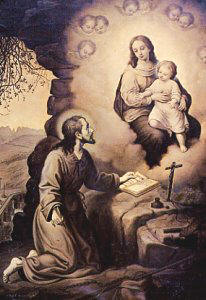 Fr A. Poulain describes them in his masterpiece, The Graces of Interior Prayer, as ‘spiritual exercises that lead to highest sanctity by the gospel way of renunciation in the spirit of humility… gazing upon our Divine Master and Model’.

Life centred on Christ
I have been amazed how deeply people can get into contemplation when only half-way through the lengthy course of the Spiritual Exercises. In the past twelve years I have directed over two hundred people, all married, in these exercises in their daily lives. They commit themselves to ninety minutes of prayer daily, irrespective of Mass and other devotions. We meet together once weekly. The fruit is a life centered on Christ and his service. It is a mysticism of service – ‘finding God in all things’ – and results in a desire ‘to love and to serve the Lord with one’s whole being,’ as St. Ignatius did. 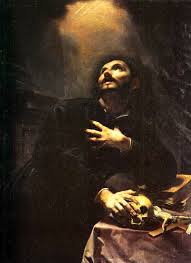 A contemplative in action
Ignatius was asked, ‘If you had the choice now to die and go to heaven or stay on earth working for God with no guarantee of salvation, which would you choose?’ Without hesitation he answered, ‘I would stay on to work for souls. My salvation is safe in the hands of Jesus’. In the last nine years of his life, Ignatius wrote almost 7,000 letters from a small room in Rome. Not bad for a mystic!

Suggested prayer
O Blessed Trinity, you enlightened the mind of Ignatius, your priest, in a wonderful manner, and in a manner still more wonderful you detached his heart from all that is not your will. Enlighten our minds also, that we may always discern your will, and detach our hearts so that we may, like him, ever seek your greater glory in all things. We ask this through Christ, our Lord. Amen.

This article first appeared in The Messenger (August 2003), a publication of the Irish Jesuits.  c/f www.messenger.ie/bookshop/