Summary: St Finbarr,  born probably at Garranes near Bandon and died in the first quarter of the seventh century. He came to live at Loch Irce (Gougane Barra), but when disciples gathered round him he moved to Cork. The monastery which he founded there became a famous centre of learning. 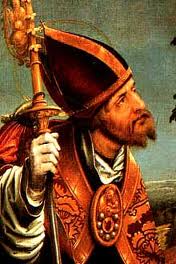 The tradition is that Finbar was from Inchigeela and lived as a hermit at Gougane Barra, in west Cork. When disciples gathered round him, he moved his monastic settlement to the mouth of the Lee, where the present city of Cork grew up.

Patrick Duffy discusses his name, his origins and the traditions about him.

Origin of his name
Several lives of this saint have been written. According to these, the saint’s original name was Lóchán, but when he went as a young man to be tonsured as a monk for the first time, the man shaving his head said: “The hair of this servant of God is beautiful.” Another said: “You have spoken well, because his name will be changed and he shall be called Finn-barr, that is ‘beautiful hair’, from the beautiful head he offered in sacrifice to God.” So he was called Finbarr by some and Barra by others, Barra being generally used in the Irish language. 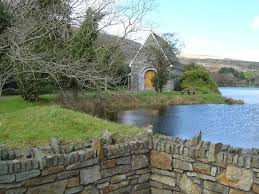 Monastic community at Gougane Barra
The tradition is that Finbarr was the son of a metal-worker, that he trained in monastic school and was ordained. He founded a number of schools, one at Loch Irce, a beautiful place at the source of the River Lee, and now called Gougane Barra (Guagán in Irish means “little fissure”). He did not hesitate to join in the manual work of constructing the buildings for his community. 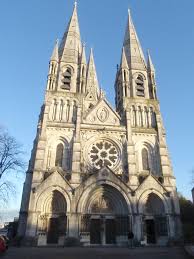 Cork
When disciples gathered round him, he moved on to make a foundation where the River Lee enters the sea, round which the town of Cork later developed and the Vikings made it their port. The motto for University College, Cork, is “Where Finbarr taught, let Munster learn”. Finbarr’s monastery was probably sited near where the Church of Ireland Cathedral of St Finbarr stands today. He is said to have died, not in Cork but in Cloyne.

Influence in Scotland
There are also many places in Scotland that have the name Barra, but this is probably more due to journeys made by Finbarr’s disciples than to journeys by himself.

An alias of Finian of Movilla?

Pádraig Ó Riain, the scholar who has translated all the Lives and done most research on this saint, believes Finbarr of Cork is an alias of Finian of Movilla. He believes he was born and reared in an Irish colony on the west coast of Britain, that he came to Movilla, on Strangford Lough, that because of his reputation a penitential was named after him and that Colmcille came to study with him, when he was already an old man. The question then is: How did he come to be established in Cork?