Summary: Onesimus was a slave Paul met in Rome, who agreed to bring back a letter from Paul to the community at Colossae and to return freely to Philemon, his former master, from whom he had run away.

Being a slave in the Roman world in the time of Jesus was not easy. There were some who had a pleasant life as they tutored the sons and daughters of the rich and noble citizens of the empire. They often had the freedom of the house and they ate and slept well, but they remained slaves, and freedom was not theirs to cherish. In their hearts, they yearned for the land from which they had been snatched by the marauding armies of the Roman Empire. 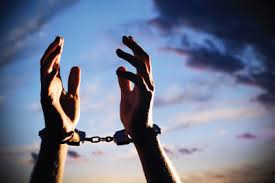 Others had a much more difficult life, as they toiled long hours in the fields or fought for a wager in the gladiatorial arenas. It was no wonder that some decided to run away and take their chance in the world at large. They knew the risk they took, but freedom was the goal.

Onesimus and Paul
Onesimus was one such slave who escaped from his master, Philemon, in Colossae. St. Paul wrote about him in the 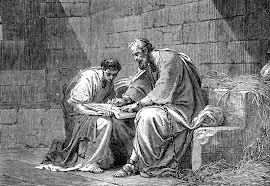 the shortest book in the Bible: The Letter to Philomen. Onesimus had run off to Rome, where he expected to disappear in the crowds. However, it was his good fortune that he met Paul who, at that time, was under house arrest in the city. This meant that the apostle could go out and about with a police escort, and it was on one such trip that he met the slave.

Probably they had met while Paul stayed at the house of Philemon, but contact was limited, and Onesimus was no doubt hardened in his heart to the religion of his master. Things were different in the huge metropolis that was Rome, and there the slave exchanged an earthly master for a heavenly one. ‘I have become his father while in prison,’ Paul writes to Philemon (Phil 10). Simply put, Onesimus became a Christian and, stranger still, Paul sent him back to Philemon. And he went. ‘You may have him back forever,’ Paul writes, ‘a slave, yet not a slave. He is a very dear brother to me, and he will be even dearer to you’ (Phil 16).

The story goes that Onesimus returned to Philemon, who forgave him – by law he could have inflicted a severe punishment on his slave – and in time the same Onesimus became more than a ‘useful’ worker in the Church for Paul. He was the one who carried the letter Paul wrote to the Colossians.

Servants and Service
Though his name may not appear in most calendars, Onesimus is the patron of servants, and the example of his life has great significance for all of us. We may not be servants in the old and traditional sense, but we are people who serve the public, whether in shops or garages or offices, not forgetting, of course, the service which takes place daily in every home up and down the country.

What Paul did was to render the service Onesimus gave as something Christ had filled with his presence. When he returned to Philemon, no longer was there the former sullen and silent resentment, a dutiful obedience, but instead a joyful and loving act. 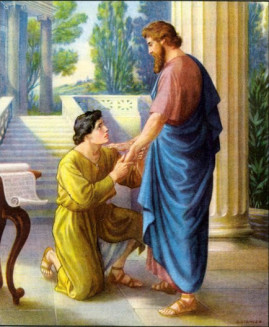 Paul helped Onesimus to see that life was to be lived in its fullness in the present moment, without a constant longing to be elsewhere, somehow freed from the ‘burden’ of the present moment. To use the phrase of a later French spiritual writer, Jean Pierre de Caussade (1675-1751), the matrix in which we surrender ourselves to God’s will is ‘the sacrament of the present moment’. ‘What God arranged for us to experience at each moment is the best and holiest thing that could happen to us,’ de Caussade would write.

In the letter Onesimus would later take to Colossae, Paul wrote, ‘Whatever you do, put your heart into it as done for the Lord and not for human beings… It is Christ the Lord that you are serving‘ (Col.3:23-24).

This article first appeared in The Messenger (February 2006), a publication of the Irish Jesuits.